Booked my flight out to Tokyo yesterday, everything pretty much in order now. A few odds and ends to pick up and then I’m set. Heading out at the beginning of March. My arrival into Tokyo however could potentially become somewhat of a quagmire, where do I unravel my bike at the airport? Do I unravel my bike at the airport? Will my bike still be in one piece when it gets to the airport? What transport from the airport accepts massive bikes as take on luggage to get me into Tokyo itself without costing me 50 million Yen? Wheres the titty bar? How do I make the Japanese words come out of my mouth? How can I make it all go smoothly without ripping anyone’s head off after being in transit for 30+ hours? Why isn’t the sake in my mouth already? What hostel is bike friendly? I did initially have a hostel lined up whereby I could work in exchange for a bed for the night. This I planned to do for a month until roughly in alignment with the peak of the cherry blossom season in April before branching out of Tokyo. An idea which now seemingly appears to have gone tits up as I have received zero correspondence from my contacts in Tokyo, the lead going cold long ago.

As I sit in my cosy bedroom of my parents home in England I often look at these initial untrodden yet foreboding footmarks as possibly being one of the most annoying challenges that lay ahead of me, I will be no doubt consider myself to be a wrong twat when I’m swept off my feet by a tsunami, doused by a typhoon, obliterated by a logging truck, minced by a Grizzly Bear, sodomized by extra curious village folk, petrified by molten lava, broken by a ninja or…just plain can’t hack it because it’s too much hard work and I’m just too damn old for this shit and should really just get a real job! But aside from all of these awful, awful scenarios that could potentially lie ahead of me I will give it a bash. A wise man once said that ‘there’s no harm in trying’, an idiot once said ‘I’ll give it a go’…or was it the other way around? Or just a bit of both? Or Neither? I forget. But sometimes, just sometimes, its nice to forget. 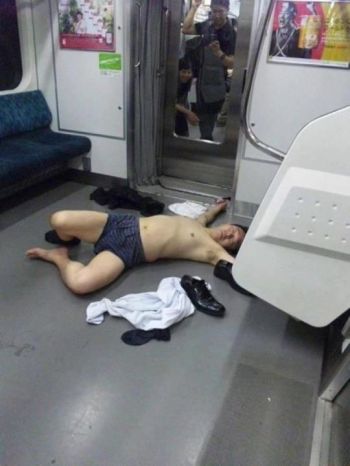