I awoke suddenly, I’m normally a light sleeper and I’m able to account for any abstract noises within my general proximity. In the presence of a Ninja however I fear that this skill becomes inept and amateurish, which must have been what the guy was of whom was sat down next to me watching me sleep. The scenario was exactly weird, very exactly weird actually. Obviously the guy had the right to be there, it was a public shelter, but why would he be there? Just…looking. I can only speak for myself here but if I was to see a bum homeless person sleeping rough in a shelter I’d avoid that shelter….because they are homeless and therefore they are stranger danger. In fact I feel it almost natural in everyday life to avoid the homeless, I don’t hate the homeless, for I am the homeless, but it’s just a natural reaction, whether or not it is a healthy reaction I’m currently unable to confirm, I’m no doctor, just your basic mentalist who tries his best to see things as they really are. Mostly poorly. But in a nutshell, if I see a guy, or a girl selling ‘The Big Issue’, I cross the street, purely on principal that one once wished AIDs upon me and then called me a cunt. I was hurt that said day, I mean the cunt bit I can understand, firmly. But I feel that there’s a line, and to bring the orientation of my blood into matters was for me an instant faux pas.  One just doesn’t need that kind of hassle, I just want to go to Greggs in peace and get my corporately manufactured ploughman’s sandwich because the nice old ladies from the women’s institute don’t make them anymore because the government killed them all.

So there I was, being closely examined by what I could only assume now was that of a hobosexual. Someone that loves the homeless and thinks that they are dead sexy, hopefully not the kind that finds ‘dead’ homeless people sexy though. I got my phone out and pretended to be doing stuff, I wasn’t, it was just merely a guise whilst I thought about the scenario in place.  It was 2am in the morning and it had stopped raining, so the guy wasn’t here to seek shelter from the rain, and he didn’t look homeless as he had didn’t have a shopping trolley with him or any material possessions that I could see, he also didn’t smell of sour piss…like me. I stood, letting my sleeping bag drop to the floor in the process, I thanked the gods that I was sleeping in my trousers and not sporting the ol’ John Thomas look. I let out a big masculine yawn, this too me represented a sign of confidence, that I wasn’t being outdone by the surrealness of the situation of a random Japanese stranger watching my sleeping gaijin face like it was a movie. I pointed at the sky, ‘Ah, Ima wa ame owarimashita ne?’ Ah, the rain has finished now huh?’ He responded with no response. He just looked some more. ‘Right, well fuck this then!’ I concluded, Right, well fuck this then. I began to roll up my sleeping bag and pack some of my gear away keeping a close eye upon my new friend. And on that note he left, just upped and left, walking off into the darkness of the park never to be seen again. It was a strange one, hard to place, was he just curious? Was he a psycho? Did he want a blowie? In the end it appears he wanted nothing more than a seat and to look at me. Makes my skin crawl as I write this, thinking about the world of possibilities of what could have taken effect that night, my only sense of justification being that I’m in Japan, famed for its safety and its all round congenial levels of discipline, yet one that like any country does still harbour criminals and the insane, there is no country on earth short of such things, it is almost a rule, a given. Just one comfortable night’s sleep in the shelter allowed me to get instantly comfortable with my surroundings for the second night. I’d let down my guard assuming my safety, whether or not I  was ever seriously in jeopardy I guess I’ll never know, the fact that I sit hear spilling these silly stories about my life dictates otherwise, but on another time and plain of existence, who knows, personal food for thought.

I relocated across town, behind a row of vending machines adjacent a Shinto shrine, to the best of my knowledge nobody gets bummed this close to sacred ground. Now obviously I have no scientific research to back that up, it’s just an assumption based mostly upon a certain deluded level of common sense. There I slept surprisingly easy until dawn, undisturbed and unbummed. My favourite.

With clear skies I made way to Sawara, a 20km ride from Narita and my last port of call in Chiba. I had an awkward side wind for most of the journey, my chain came off and my gears kept slipping, I also lost patience with my front mud guard. The tips of my feet constantly contacting with the inner rim whenever I was too turn a corner.  A hindrance as well as an annoyance I ripped the mud guard off in a fit of rage and launched it across a rice paddy. It appeared that I’d woken up on the wrong side of the tent, I was in a bad mood, it was going to be a long day and I’m a truly terrible person to be around when I’m in a bad mood. ‘A cunt,’ a homeless person might say. Luckily for the world I was cycling alone today and I could only make my own life a misery. What made it all so much more painfully terrible was that I’d had ‘Call me Baby’ by Carly Rae Jepson stuck in my head for the past 9 days, pure torture.

My stay in Sawara was brief, the old centre being an aged merchant town with several souvenir shops offering the sales of ancient crafts, a canal meandering through its centre with an accompaniment of cherry blossoms, it was quaint place, a novel place. And just 30 seconds away a big grizzly main road tore through the hub of modern day Sawara, streets aligned with every manor of industrial and commercial convenience known to man, 7-Elevens, drug stores, mechanics, DIY shops, gas stations, McDonalds, sex shops, pachinko parlours etc, etc.  A road I would have to visit just briefly to ease my transition into Ibaraki.

With the aid of google maps I’d thought that I’d found myself a quiet and unassuming road to take me to Lake Kasunmigaura. I couldn’t have been more wrong. The road unassuming in part due to its narrowness, lack of sidewalk and on google maps it didn’t even have a name. Yet in reality it was as dangerous as a rabid penis in a whorehouse, Arctic lorries being the order of the day. Forced to come to a fall halt every time one passed and practically throw myself to the ditch on the side of the road. It was either this or the road would be getting a brand new claret paint job at my expense. At some point out of sight there must have been traffic lights as every now and then I would get a break from the heavy flow of traffic allowing me to peddle like crazy before again becoming inundated. It was a slow if not meticulous process, but a necessary one.

I would eventually catch sight of the lake and find myself a more accommodating road which would coerce the lakeside’s perimeter and provide a virtually motor vehicle free zone. A few wideboy farmers zipping about in their micro machine esque trucks that all farmers appear to possess around Japan. But alas, nothing I couldn’t handle. A number of wigeon would advertise their presence upon the lake with their shrilly call, water lapped ashore on the waters edge as a cluster of reeds rustled together under the tenaciously growing wind, seed heads breaking off and dispersing across the water. It was nice to break away from the industrious environment and capture the tranquillity that Japan most definitely harbours. In the beginning the wind would be my friend allowing me to cruise along the lake’s side with ease, but when I was to head west along the lake towards my destination Tsuchiura it would become my enemy. I would soon become sick of the sight of what seemed like an infinite void of water before me. The wind seriously damaging my progress, little by little eating away at my very soul in an attempt to leave it in tatters. Some 10 miles I would traverse into the wind at an average speed of some 5mph. I would cut away from the waters edge from time to time to try and cut the wind out which was merely being encouraged by the waves coming off of the lake, navigating my way through a series of small villages and occasionally onto the quite frankly awful Route 125. Inevitably all roads led back to the lake.

As the sun dropped and hung low in the sky an amberous glow was cast across the lakes surrounding rice paddies. Tsuchiura beckoned and I would reach it by dusk. 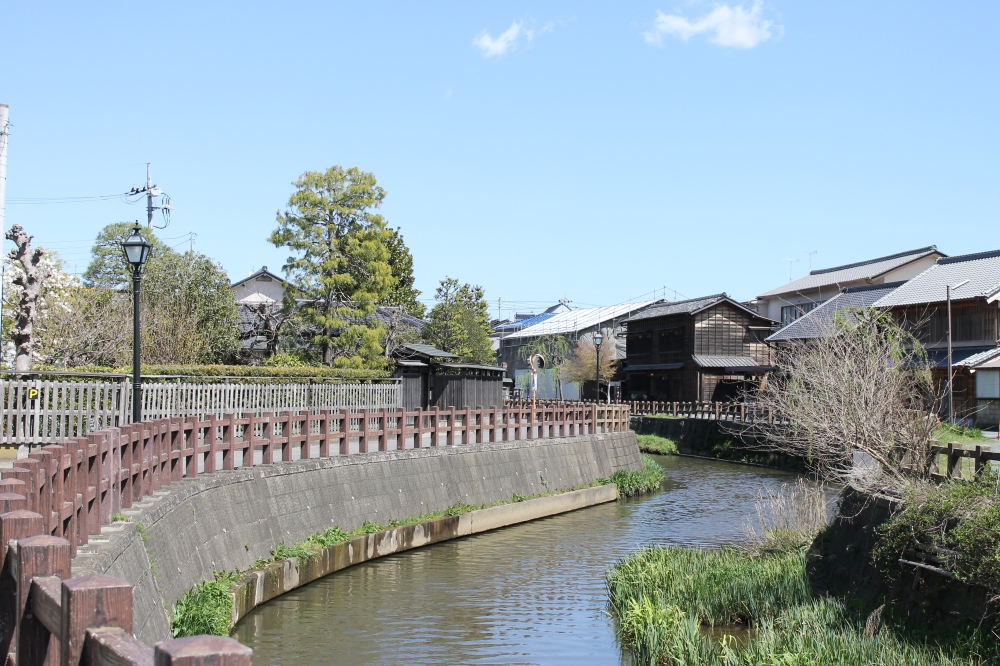