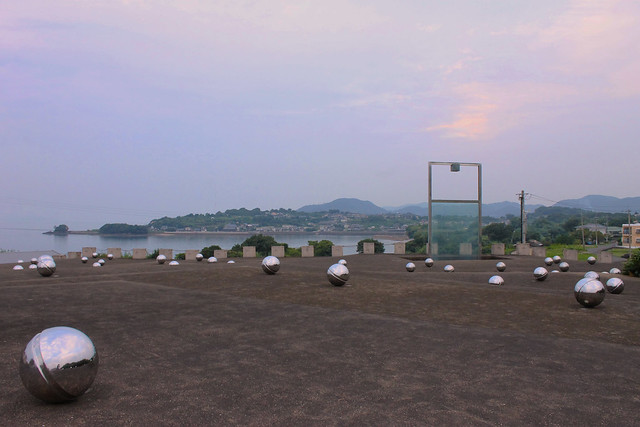 The alcohol shakes had just about subsided upon disembarkation at the Kagoshima ferry terminal. It was now time for a more straight edge approach as I headed north-westerly out of the city and along the lugubrious Route 3, towards Kumamoto Prefecture. The drivers of Kyūshū back to their old tricks of trying to turn me into mincemeat, I would cling to the sides of the roads like a squirrel clings to his prized nuts, but even then I wasn’t safe. At one point in the afternoon I met a Scottish cyclist coming from the opposite direction, both of us stopped for a quick chinwag. He’d only been cycling around Kyūshū for a few days, but couldn’t quite believe that he wasn’t dead yet. I confirmed that I often wondered myself whether or not I was invisible, judging by how many near misses I’d had on the island. But the fact that my fellow Brit had noticed my very presence and was talking to me just about cleared up any anxieties that I might have been having at the time. We wished each other God-speed before both going our separate ways. After two weeks of pissing my life savings up the wall in Okinawa, there was some small hope that as I started back out on the road again – it being September – that the climes would have simmered somewhat, yet at a baking 30°C there was no such luck. Not only would I continue sweating from where I last left off but my pace had also slowed considerably, making me feel lethargic; my weaker right knee beginning to ache again just as it did when I first started out cycling at the beginning of my tour. And to top it off, my weird heart palpitations continued to worry me. All a bad omen. Yet, despite these physical setbacks, I did still manage to make my mark by reaching Minamata by early evening. 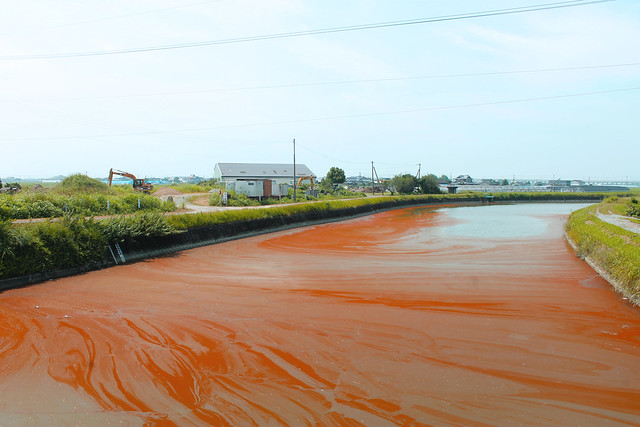 Minamata Bay is a place with a grim past. During the 1950’s and ‘60’s a series of residents from the local fishing community began to fall mysteriously ill, their nervous system’s breaking down. They began to lose their sight, their hearing would become impaired, their speech and movement would degrade as chronic fatigue and severe headaches would also set in – before ultimately leading to death. The cause was mercury poisoning. Mercury was being deposited into the surrounding bay by a local chemical factory; a factory that despite being aware of the damage it was causing, didn’t actually stop releasing harmful metals into  the waters until 1968. By this time, Minamata Disease affected the lives of some 2,265 people – 1,784 of which would lose their lives. Chisso, the company behind the disaster, is still in operation but has long since fessed up to the damages caused, compensating thousands of local residents.

A vast section of the bay was dredged of its contaminants at great expense to Chisso and the national government. And then on an area of reclaimed land, a substantial eco-park was built. The park’s grounds are beautified with a collection of ornate gardens, memorial sculptures, a museum, a scientific research centre, a playground, an athletics field and a splendid bayside esplanade. I sat on a bench along the esplanade with a box of wet wipes, removing layers of thick black gunk from my legs. 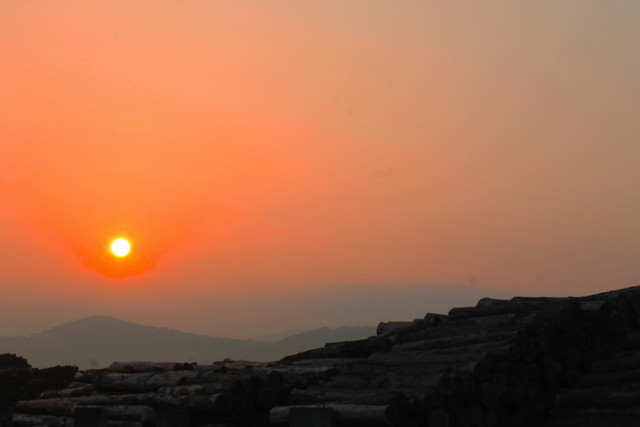 The sun looked like a giant enflamed peach as it slowly sunk behind a set of islands dotted unevenly across the bay. People happily walked their dogs and did laps of the esplanade. It was unquestionably a beautiful park, it’s just a shame that it was born out of the death and misery of others. Shame on you Chisso, shame on you.