I didn’t quite get as much sleep as I’d intended. My heart palpitations were bothering me,  so I ended up surfing the Internet deep into the night. 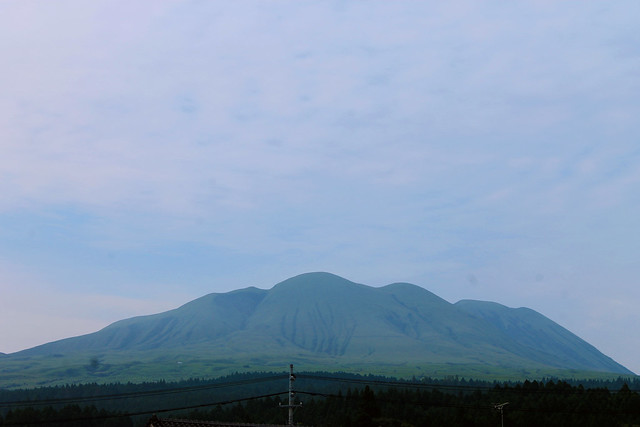 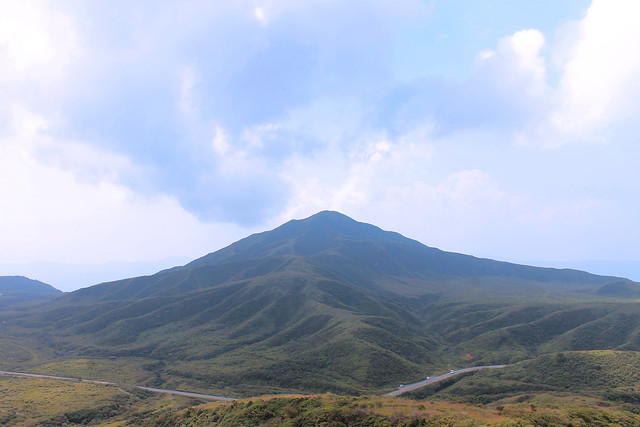 After which, I headed off into the mountains of the Aso Kujū National Park.

I’d start out in the dark just before dawn, the air cool and crisp. And even as the sun broke upon the horizon directly ahead of me from the east, the climes would reach an accommodating 18°C. The ascent along Route 57 however was far less accommodating and more borderline frightening with vast stretches of road undergoing maintenance, allowing for meagre gaps between myself and the hefty deluge of passing traffic. Occasionally, I’d get held up by traffic lights, that were allowing the flow of a one-way traffic system along some tight sections of road. A safe and precautionary measure for motorised vehicles no doubt, yet for the budding cyclist not so much. When one starts out on an ascent through a green light and doesn’t quite make it out at the other end – before the lights go green for the oncoming traffic – this will always lead to an assortment of capers.

It was all very ugly to say the least and I could tell that the construction workers clearly hadn’t thought that there might be a halfwit with a bicycle ascending the mountains. This was more than noticeable as I passed through one such section, much to the bewilderment of a construction worker who began to rapidly scratch his head in confusion, before commenting to me ‘Abunai yo!’ It’s dangerous! 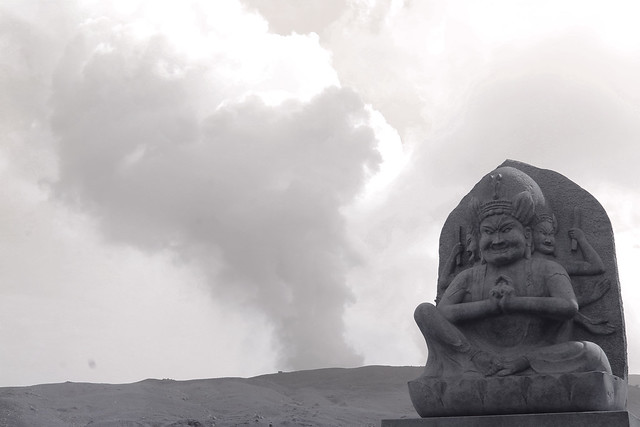 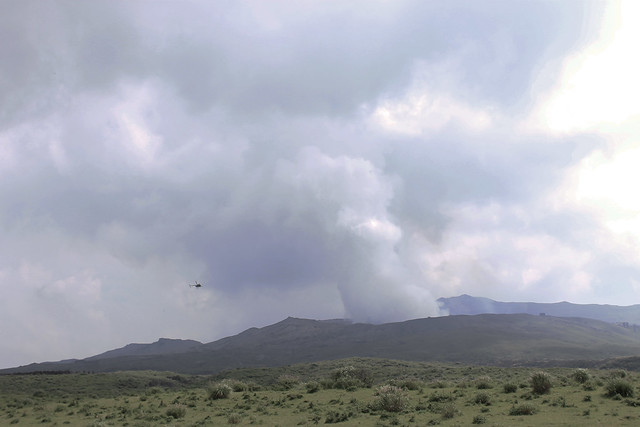 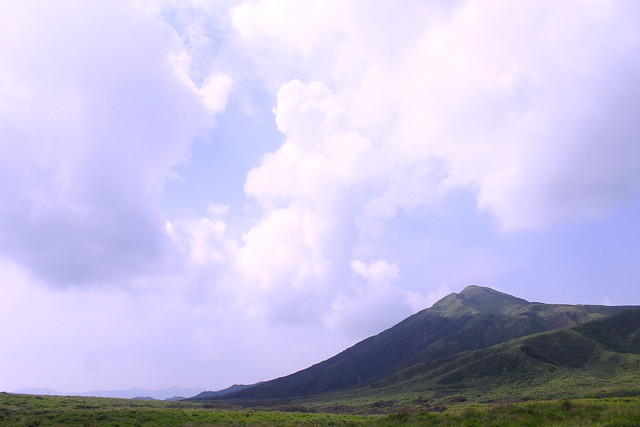 By late morning, I’d made it to the city of Aso, where I’d pre-booked a night’s accommodation in a backpacker’s hostel. There, I dumped my bags and tied up my steed in the stables – before jumping on the next bus to Mt. Aso. 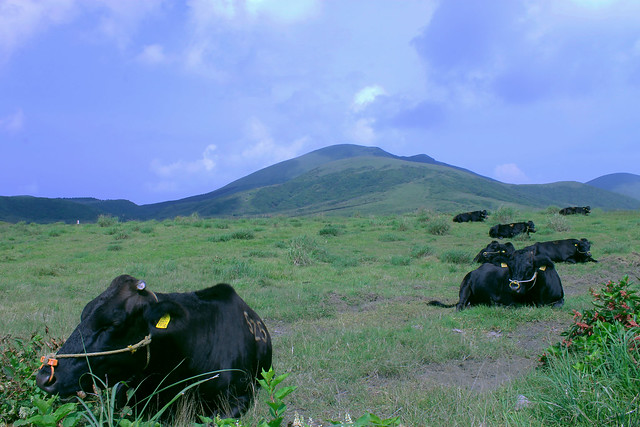 Mt. Aso looms grandly over the city, the largest of Japan’s active volcanoes with its highest peak at 1,592m above sea level and a caldera with a circumference of some 75 miles. It has five actual peaks, of which only one is active, Naka-dake. The land unravels into a natural spectacle the closer one draws to the summit. It has a mixture of rolling green hills and rich fertile plains that are grazed by both cattle and horses. Random clumps of rock lay dispersed across the park from eruptions that date back as far as 300,000 years ago. The giant mountains are claimed to be one of the most ancient and active bad boys in the land. 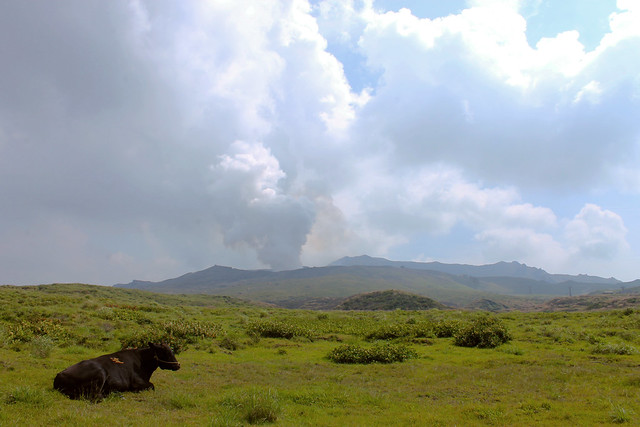 Looking up toward the barren and craggy crater of Naka-dake, would reveal that it was almost excessively rampant with life as smoke bellowed up furiously into the atmosphere. This however led to disappointment upon reaching the Aso-Nishi base station, as it meant that both the walkway and cable car ropeway to the summit were currently off limits. Just 2 months after my visit, the volcano would spew its guts up for the first time in 22 years, projecting lava, smoke, debris and plumes of ash up to half a mile high. The ash reaching as far away as Kumamoto City – some 25 miles to the west – this in turn also led to significant crop damage in the area and the cancellation of flights. 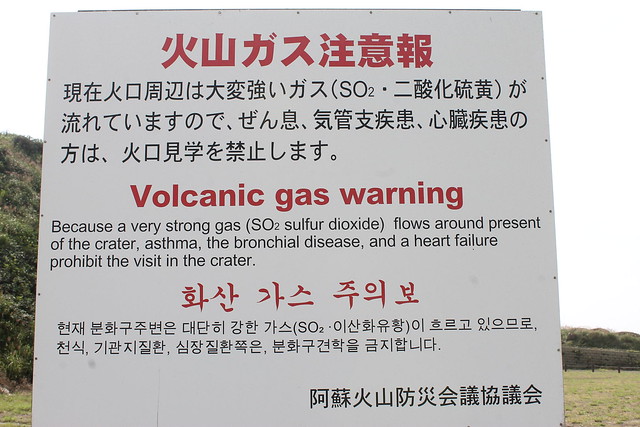 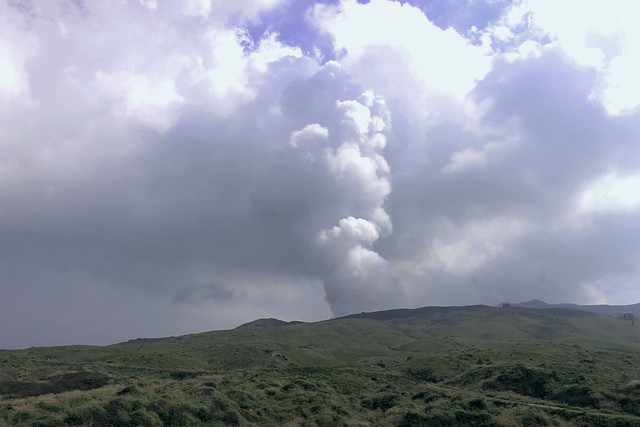 I was though in need of a trekking fix, and so walked back in the direction of Aso City to scale the summit of the inactive Mt. Kishima. Its cylindrical crater was paved over by  a lush coating of grass and would’ve been the perfect locale for an exotic baseball pitch. Views in the direction of Naka-dake were now limited by a smoky haze, it was like trying to look at something incredibly sexy through steamed up spectacles. Even so, it was still incredibly sexy. 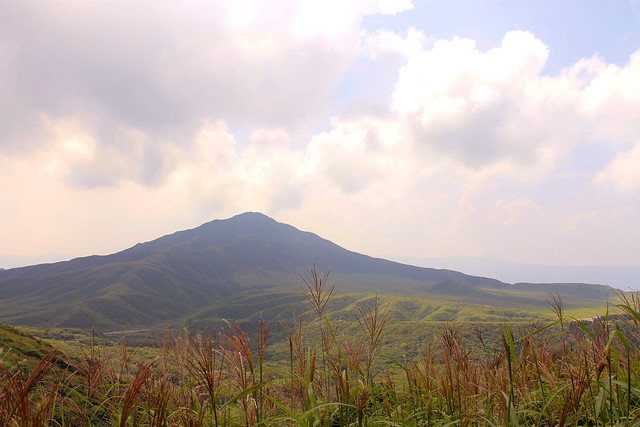 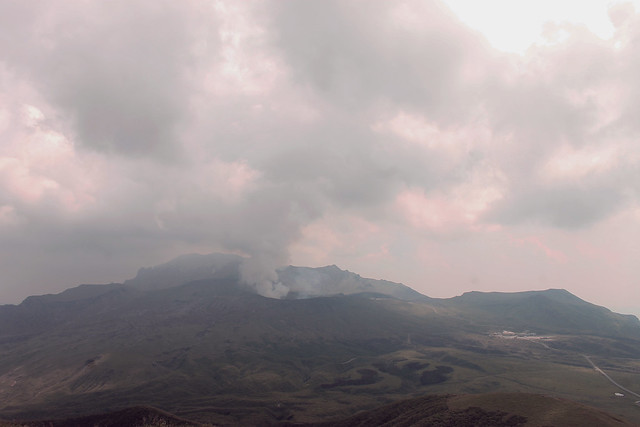 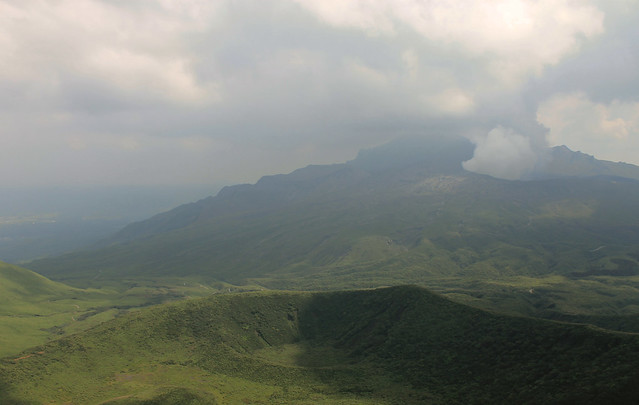