Saitama prefecture sits northwest of Tokyo, so in an effort to reach Chichibu in the mountain range again to the far northwest of the prefectural border I went at it in what will soon become my natural anti-clockwise fashion. It made sense to approach Saitama first like this as when my journey / if my journey should draw to a close it will do so with the likes of Shizouka (Mt. Fuji) and Kanagawa (Yokohama), so after such gratuitous eye candy it would seem a drag to venture all the way over to Saitama, commonly known by folk as ‘dasaitama’ (uncooltama) due to its lack of attractions. So the draw was minimal. So it was now, later or never in which to venture around the prefecture. Never not actually being an option I chose now, almost with the thought that I just wanted to get it done and dusted before the real fun and games began. Little did I know that they were just about to begin.

The night before I was going to scale an attack upon Saitama the weather forecasts were telling me that the wind was going to be off its tits, I’d already fallen down a flight of stairs this past week and that was without the wind. I just wondered if someone as mentally retarded as me could deal with the wind as well as navigating his way through a foreign land.

I was reluctant to leave Tokyo, it is a place I find that one can get very comfortable with. Its vastness and diversity, unique and inviting with streets that you could spend a lifetime exploring. A city whereby there is truly something around every corner. Not to mention the fact that I had already made a few good friends, something that is always welcome when usually my communication skills are about as useful as a dead hedgehog. Alas, as per usual it was time to turn my back on everyone and everything and set about my ways. 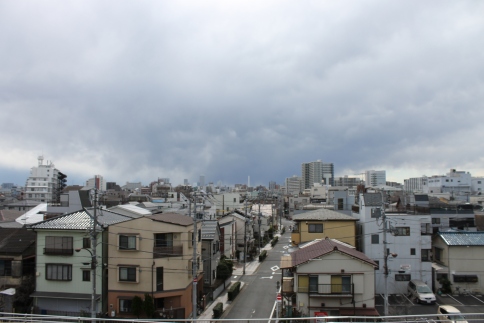 I would start my journey from Kuramae paving my way to the Arakawa River, one of the Principle Rivers running through Tokyo. Originating in Saitama from Mt. Kobushi, it runs some 173km before emptying its load into the Tokyo Bay. If you tried to drink all of that water, you couldn’t, true story. It was a river I didn’t even need to grow to hate, my hatred becoming instantaneous. The wind howling off the face of it destined to make my first day on the road a pure soul destroying misery. The wind some 30mph in strength coming directly from the North West, exactly where I was headed. This was obviously a concern for me the night before and I enquired into staying an extra night at the hostel but they were fully booked. It was a tough shit, eat shit situation. I was averaging some 6mph into the wind and going nowhere slow, ball bags to say I was quite unhappy with life. Was this is all really worth it? And at what cause anyway? These are the questions that constantly cloud one’s mind when the elements are doing their best to interfere with your best made plans. Plans that initially began with the idea of spending an evening in Urawa watching the most heavily supported football team in Japan, the Urawa Reds. But the game I discovered was to be played behind closed doors as they were being punished by the J-League due to the fact that the fans of the Urawa Reds are racists.

So Urawa can obviously go and swivel.

I continued along the Arakawa which would take me most of the day. Tokyo’s urban sprawl dabbled on along-side it making you wonder if Tokyo actually has an ending. There is a lot of groundwork going on along the river which involved quite a bit of getting off of my bicycle and walking through rougher flat tire worthy terrain. This I believe is all part of making Tokyo a much more cycle friendly place, especially in time for the 2020 Olympics. 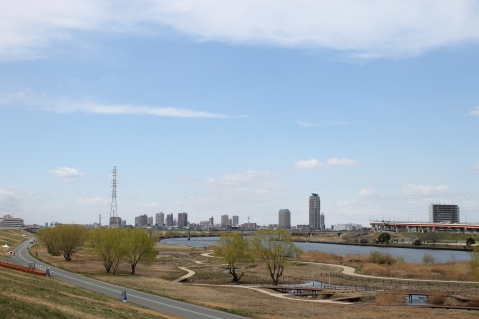 As dusk was breeding into life the chances of me getting to Chichibu today were nothing more than an impossibility. If I continued to hack away at the wind I should eventually end up in an old settlement called Kawagoe. I ran into some troublesome roads leading toward Kawagoe, narrow and absent of any pavement, dimly lit with traffic flowing heavily in both directions. Mushy me had strong potential. I just closed my eyes and thought about lesbians before coming across my first Japanese expressway. An intimidating sight in daylight no less but at night time they could be easily deemed as highways to hell. Thankfully there was a sidewalk for cyclists and a protective barrier to try and convince the motorists not to murder the cyclists to death. Seeing a sign for Kawagoe was some sigh of relief though, I hadn’t fought this ongoing war with the wind all day to find out I was actually 2 miles from Skegness. Always a relief really when that happens no matter where one is.

Upon arrival in Kawagoe I would have to find somewhere to stealth camp. Not always an easy task, but in a perverse sense I do kind of enjoy it. Finding somewhere not too intrusive and at the same time not feted in enough filth and squalor as to revert oneself to the standard of a complete hobo, the standard that I’m no doubt sure that I’m destined to attain at some stage. The last thing one wants whilst trying to get there head down for the night is a shovel to the head or to wake up missing a few toes due to some hungry rodents….or fellow hobos! I scouted around for a bit and then found a car park with a big tree and bit of greenery around it. Had my name written all over it; ‘BUM’. So parked my arse for the night.

It was a cold, cold night and I slept uneasy thinking how the night before I was in a nice warm and cosy bar in Tokyo chatting up beautiful Japanese ladies with the unsuccessful ease that one might associate on a parallel scale to that of a Macedonian football club.

Yet this was my choice, no one else’s. 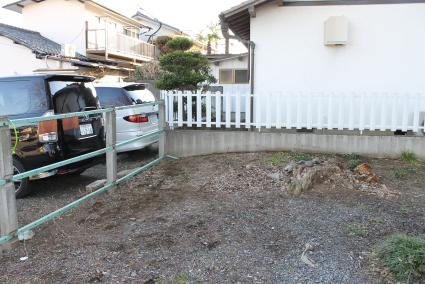