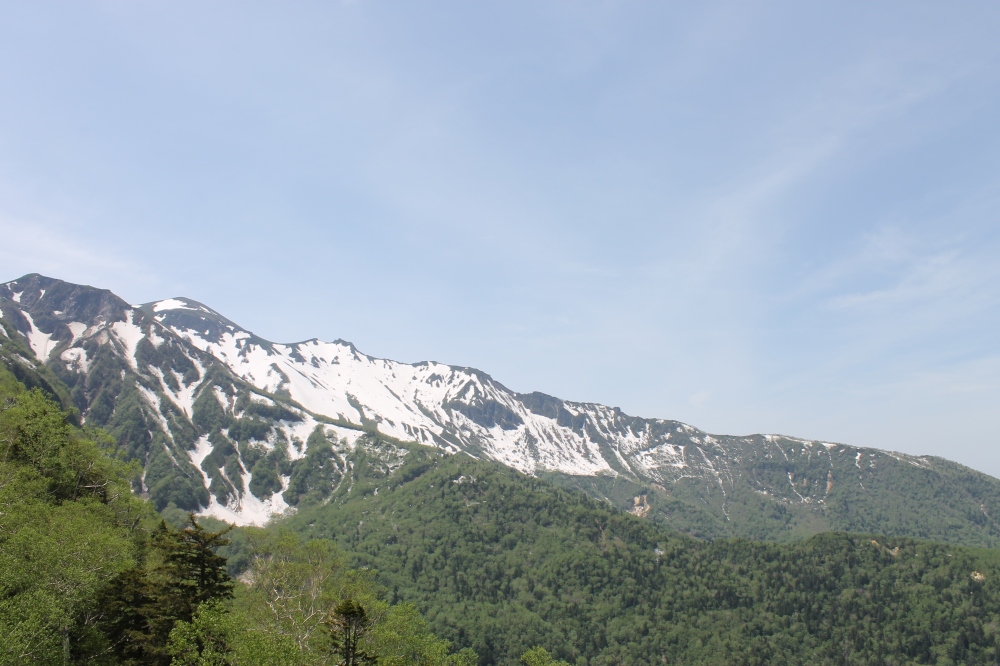 The 1,984 meter Mt Kurodake can be tackled in two ways, hiking or cheating. Be in so it was my day off out of the saddle I decided that it would be in my best interests to opt for the latter and cheat my way to the mountains summit. I‘d achieve this by firstly taking a gondola half way up the mountain and then jumping on a ski lift for the remainder. Taking the opportunity to cheat being a rare but wise choice on my part as I hovered over a guy on my ski-lift that had decided to hike, a decision I feel he may well have been seriously regretting as he found himself wading through some 4 ft of snow. I tried not to look smug upon passing over him as I swung my legs  about dandily from the comfort of my seat, yet as I etched passed I couldn’t help but feel the hiker’s angry eyes burning into the back of my head. Jealously, a truly terrible disease.

Clear skies at the summit offered up some astounding views across the Ishikari mountain range. A real impression of the canyon can be observed as a sea of contrasting green foliage clambers up Sounkyo’s deep rift and further up the range before being abruptly halted by a montage of snow and dark rugged rock. The cool, fresh air satisfying, I lingered, having myself a little moment. 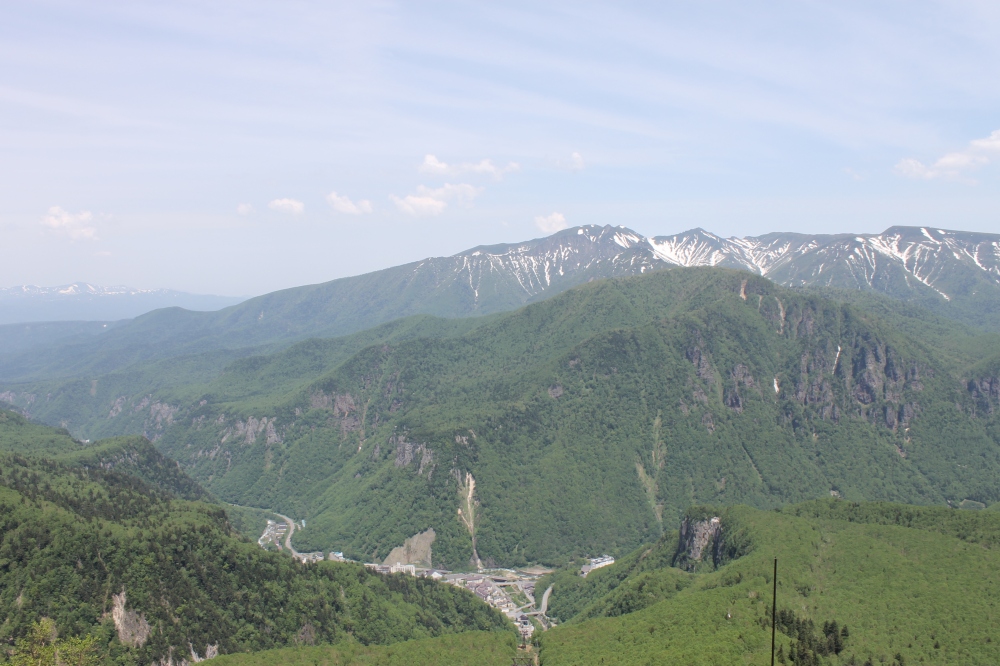 A short way out of Sounkyo village is the areas other big draw, Ginga no Taki and Ryusei no Taki, respectively the Milky Way and Shooting Star Waterfalls. From the base the views of the falls were blotted by waves of tourists pimping out the peace sign. So to seek a more inspiring view one must ignore the sign advertising grizzly bears and look to gain some ground in which to find a vantage point in order to take some seriously naff shots. Oh, did I just say grizzly bears? Yes, yes I did! The Hokkaido grizzly can only be found in…well, Hokkaido, and at about 300kg is much bulkier than the Asiatic black bear found in Honshū, Kyushu and Shikoku. Although apparently less volatile than its southern counterpart that hasn’t stopped it from mulling 86 people and killing 33. This all according to the bear crimes register that has only been in existence since 1962. Before that one can only assume that the bears were probably having a free for all, partying all night with belly’s full of human flesh. Something that didn’t seem to faze the indigenous Ainu of Hokkaido too much however, they of whom used to worship the bear as a God in a gruesome ceremony known as Iomante. The bear would be skinned, its blood drunk and its skull then stuck on a spike and then wrapped in its own fur, the resulting relic then worshipped. Well, I for one wasn’t here for any grizzly idolisations; I was mostly here to see no bears, no bears at all. But what if one does see a bear? How realistically are you meant to react? Stand firm, and get eaten or run….and get eaten. The whole Man meets bear scenario still has a lot of groundwork to cover, unless of course an individual happens to be carrying an Uzi. Alas, I wasn’t. Instead I trod gingerly, away from the tourist hoards until I was truly alone and following a narrow path up a mountain opposite the falls. Despite being ridiculously quiet though, if there did just so happen to be a bear milling about, it would have no doubt smelt the small sense of fear emitting discreetly from my sphincter. Anyhow, the tourist breakaway well worth the risk of getting gang-banged by a pack of grizzly’s, as from a small rocky shelf one was able to observe uninterrupted views of the waterfalls. They seemed to burst out of a rock pinnacle some 100 metres high, a gushing stream of frothy white water crashing down into the Ishikari below. Another moment was in order. 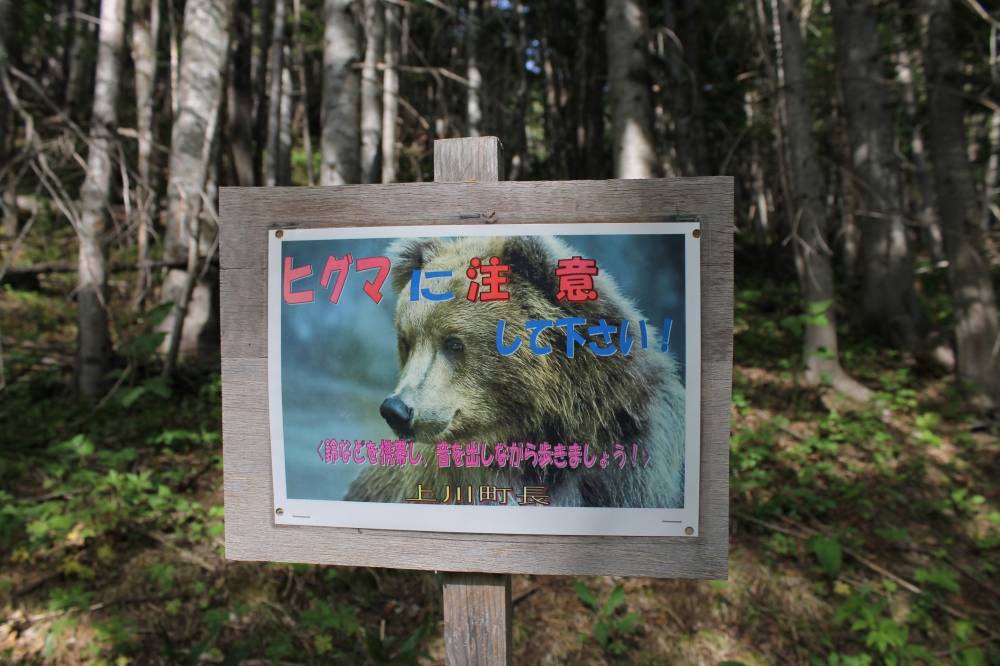 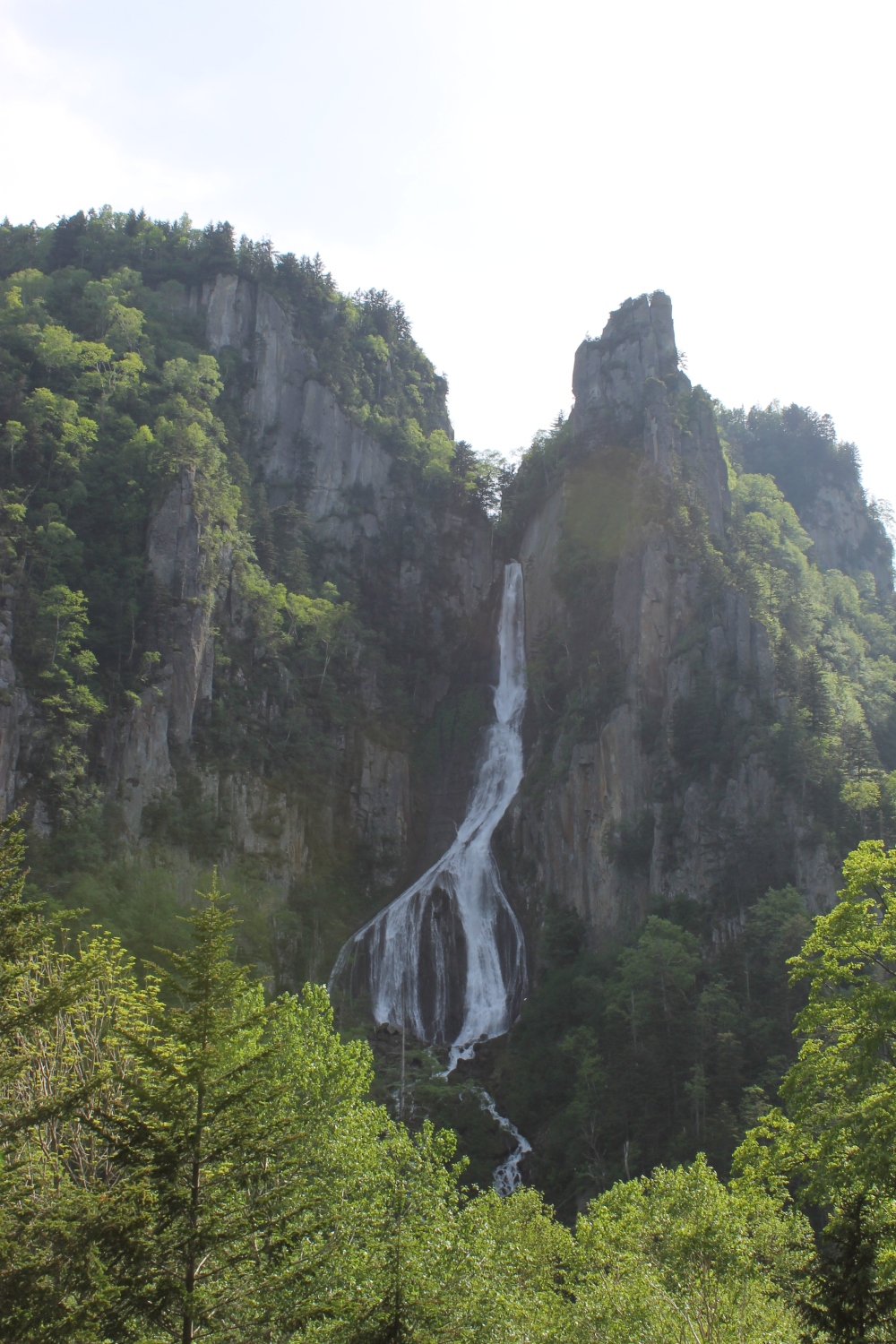 After a few minutes my moment would collapse in on itself as banter approached in the form of a small mob of chatty tourists of whom bought with them about as much stealth as a pony on heat. If there did happen to be any grizzly’s about I was sure that they were now keeping a low profile on purpose, more than likely through fear of being chatted to death by a gossipy tourist. As the stampede of bants got closer I took my queue to retreat for the day and return to 1986.

PS: If you’ve enjoyed my blog then you may enjoy my as of yet unpublished book of my venture around Japan. Something that with a little help from friends and strangers I’d like to publish for the whole world to see. Please if you have the time could you take a look at my Kickstarter campaign at: https://www.kickstarter.com/projects/675565076/tokyo-to-tokyo 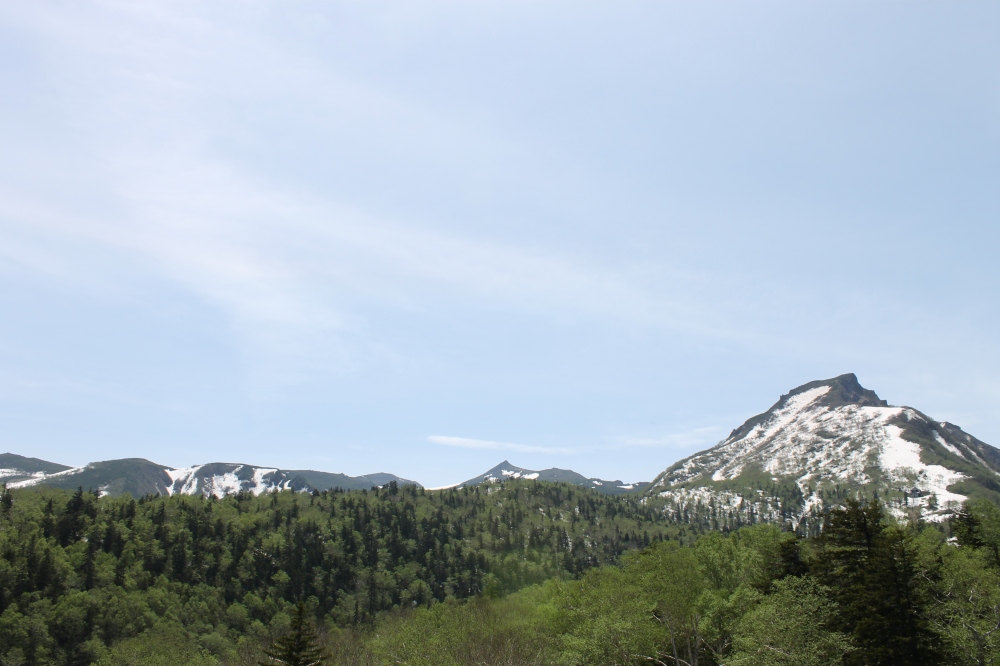 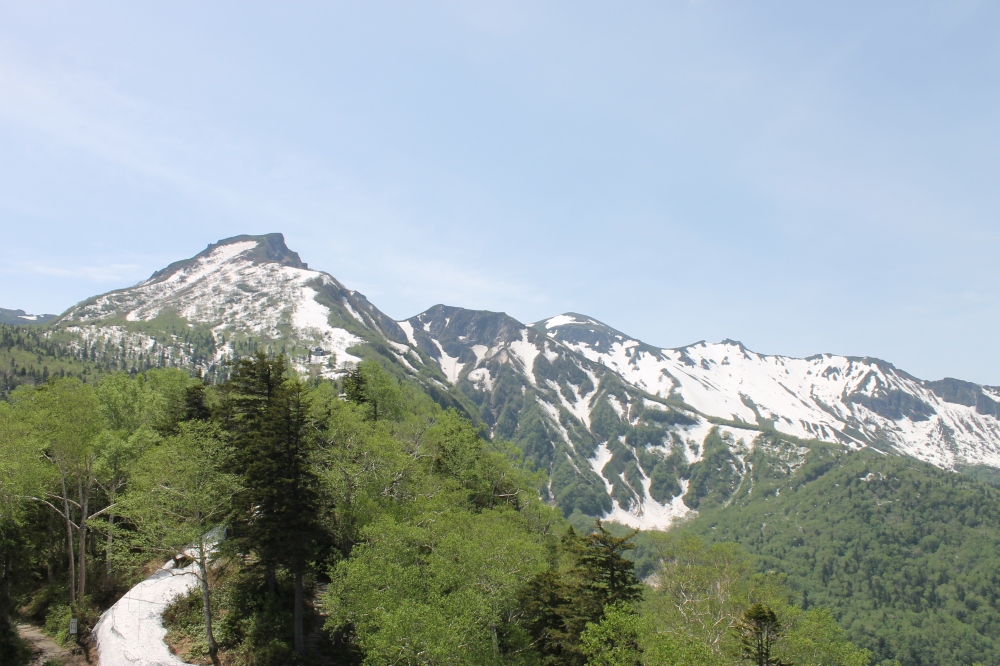