When I awoke I was able to add a new tick to the list of places slept upon my journey thus far:

Congratulating myself I shoved a couple of bananas into my gob before making haste into the overcast mountains of Shokanbetsudake. Not ultimately before I might add, sweeping and tidying up the premises. The Japanese etiquette almost flowing naturally through me now, apart from the fact that I’d just roughed it for the night it in a bus stop like a quintessential hobo that is.

The road to Sapporo took me on some of the most testing terrain I’d encountered in all of Hokkaido, as a continuous flow of mountains plied the coastal route south. And for those with a fetish for tunnels (you sick bastard’s) you’d be in for a treat. Yet for any semblance of fear that I once had of these man- made shortcuts / cyclist death traps I’d long since lost. After 20 tunnels in the space of just a couple of hours one soon becomes immune to their treacherous ways. Yet to lose that fear entirely would not be wholesomely wise. As the day wore on I would find myself nearly getting completely erased by that of a passing truck. At the time I decided just to take the encounter on the chin and to not think too much about the various outcomes that could well have played out. In reality though, this was a more than unhealthy reaction, as to take for granted the gravity of danger on offer in these tunnels could have cost dearly.

By early afternoon I had the big smoke of Sapporo back in my sights. Here for a couple of days I would rekindle with some familiar faces, drink some beer, do some karaoke, iron out any bicycle imperfections and at last remedy my camping predicament with the addition of a new rain cover. For if there was one thing that was certain, Japan’s rainy season hadn’t finished with me yet, in fact it had barely even begun. 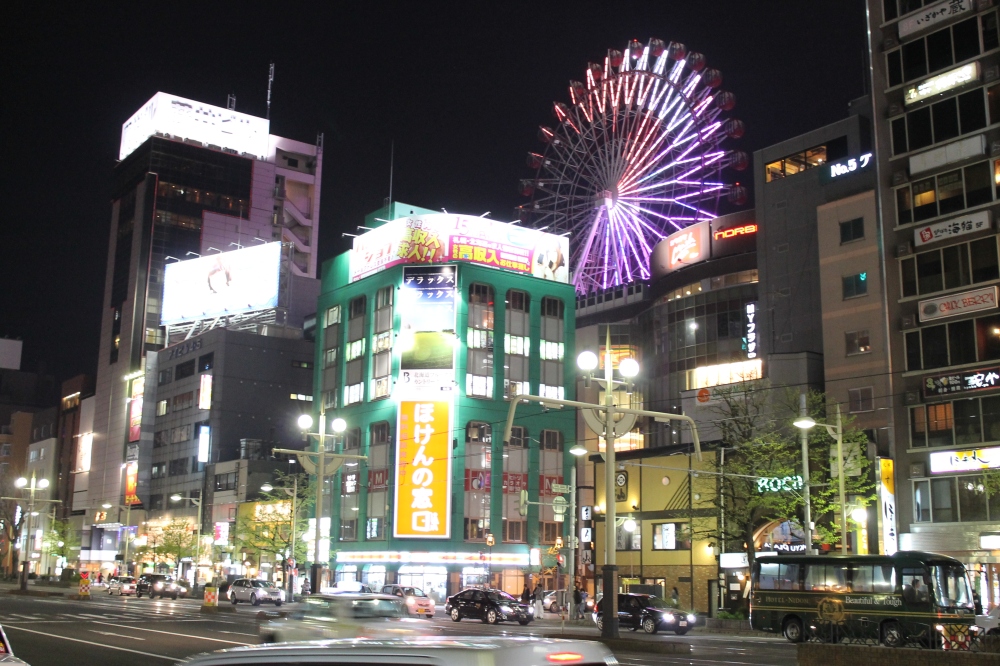