The day would start like many a day on the road, by seeking out the nearest 7-Eleven. There, I would have a breakfast of noodles and gyōza, accompanied by two coffees whilst abusing the free Wi-Fi on offer and seeing how many Facebook friends had called me a ‘cock’ in the past 24 hours. After this, I would then  hasten to the bathroom, brush my coffee-stained teeth, fill my water bottles up and then drop some mates off at the pool. It got to a point whereby I couldn’t imagine starting my day in any other way. Take a 7-Eleven away from me and you’re essentially taking away a limb. I’d become religiously dependent upon them, which in itself was quite sad. Yet, their convenience just felt so damn necessary, and if there’s one thing that the Japanese do well – it’s convenience.

Proceeding north of the city, toward the imaginatively entitled Toyama Bay, the humidity remained rife. The city’s manufacturing industry was becoming evident, as lorries chugged past at an alarming rate and smoke poured out of factories; up into the dingy skies above.

Encircling the bay westerly, away from the Toyama industrial zone, soon saw me pass an enclave of quiescent fishing villages. A short climb over a mountain chain brought me down into Nanao, the gateway to the remote, Noto Peninsula. 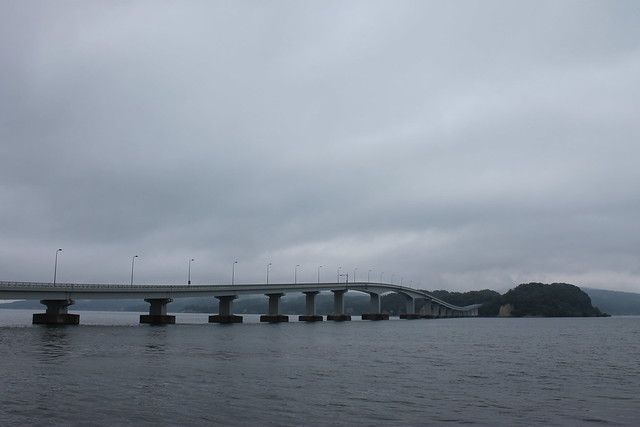 Nanao would greet me like an old enemy; the skies rumbling with hate as the tension in the atmosphere finally snapped, saturating my surrounds. I found refuge in a local supermarket where I feasted ravenously upon 6 gyōza, 2 onigiri, 1 banana, 4 chocolate éclairs and an anonymous item of limited palatability.

After brunch, the skies would temporarily clear, allowing me to progress farther north into the Noto Peninsula. 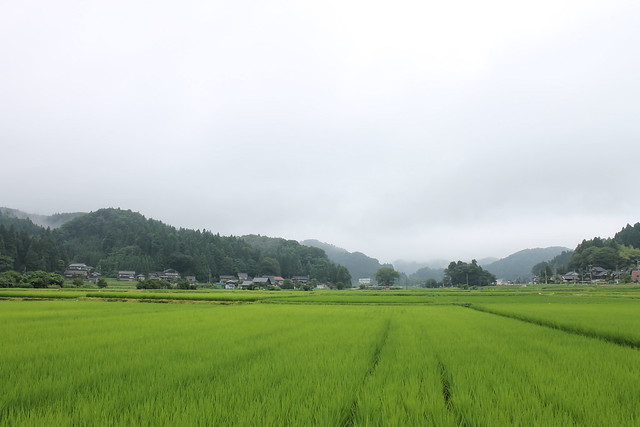 The peninsula branches out some 60 miles into the Sea of Japan; like an accusingly crooked finger. A vastly remote area that the pioneering 8th Century poet Ōtomo no Yakamochi would write about:

From the Shiwo Road across the mountains to the morning calm of the sea at Hakuhi, I wish I had a boat!

The east side of the peninsula, which faces the mainland, is somewhat sheltered, compared to the more rugged and exposed western coast. A sprinkling of farmsteads and fishing villages dot the peninsula’s inner coast, before the isolated north becomes apparent. 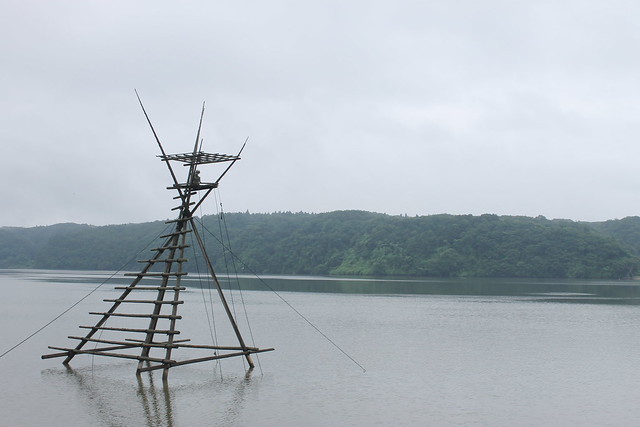 I rolled up and down the coastline in stereotypical fashion: under grey, dreary clouds. Then, I came across Koiji beach: Koiji meaning love road, a place for lovers apparently. Set on a small islet, just off of the coast, a story goes that in ancient times two young lovers used to meet here every night for a romp. The lady would light a fire on the islet, so that her man could find her amongst the darkness. Yet, unbeknownst to the two lovers, a jealous bastard lurked in the shadows. One night, he tricked the young man by lighting a fire of his own, upon a treacherous part of the islet. Fooled by this devilish plan, the young lover fell into a hole and perished. When his girlfriend found him, she was so distraught by the discovery that she drowned herself in the sea. 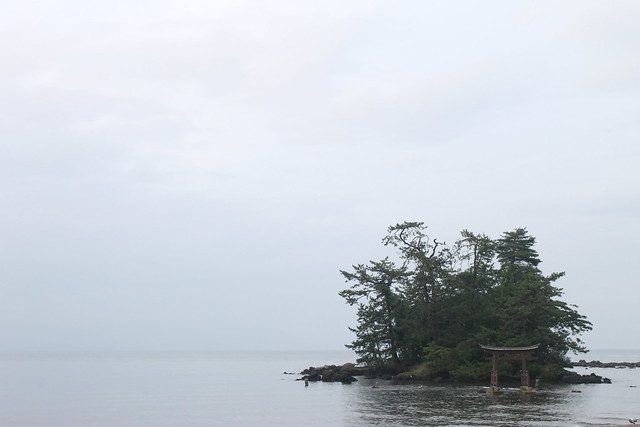 I scanned the islet to see if anybody required my rubbish love. Alas, as predicted, no fires burned; I’d be spending another night alone.

A few more miles further north would lead me to Mitsukejima, found rock. This was said to have been founded by Kōbō-Daishi, the curator of the Shingon sect of Japanese Buddhism.Climbing up some 30-metres out of the ocean, the odd-shaped rock would also gain the nickname Gunkanjima, Battleship Island – as it resembled exactly that of a battleship. As daylight began to dim, a noisy flock of crows headed to the island to roost. I should roost too, I thought. Doing a 180-degree turn, I saw a small copse. After setting up camp amongst the cover of trees, I greeted another tour cyclist who also set up camp, close by. I hoped for my sake that he wasn’t a bastard. 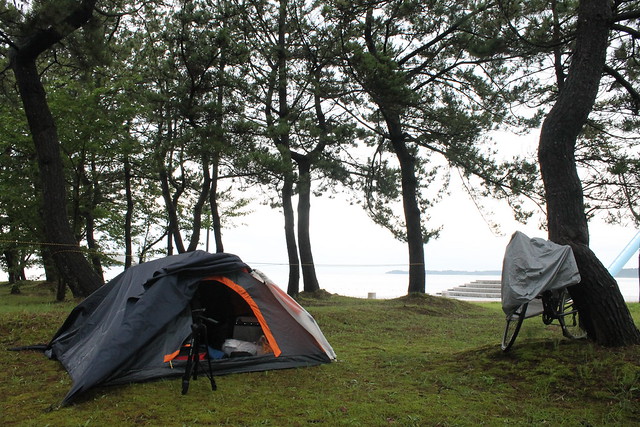