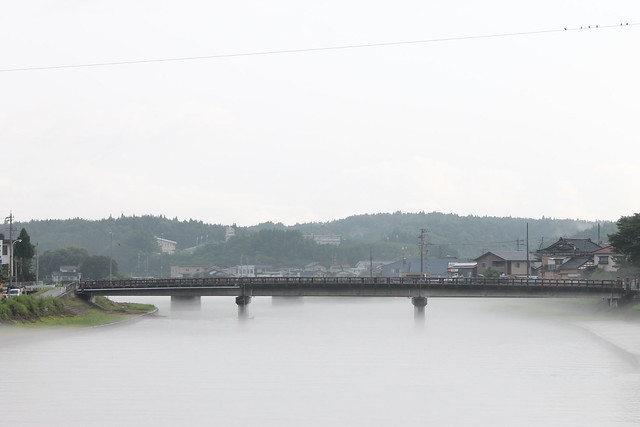 I’d managed to survive the night without being coerced into any deep crevices; in fact, as I left surrounded by a spooky sea mist, I could hear my camping neighbour snoring contentedly. If I wasn’t so eager to push on, then I may well have been jealous of his sleeping abilities.

Pressing on to the nearby town of Suzu, I’d fail to find breakfast; it was the kind of town that looked like it had gone to sleep in the early 1980’s and had never quite got around to waking up. 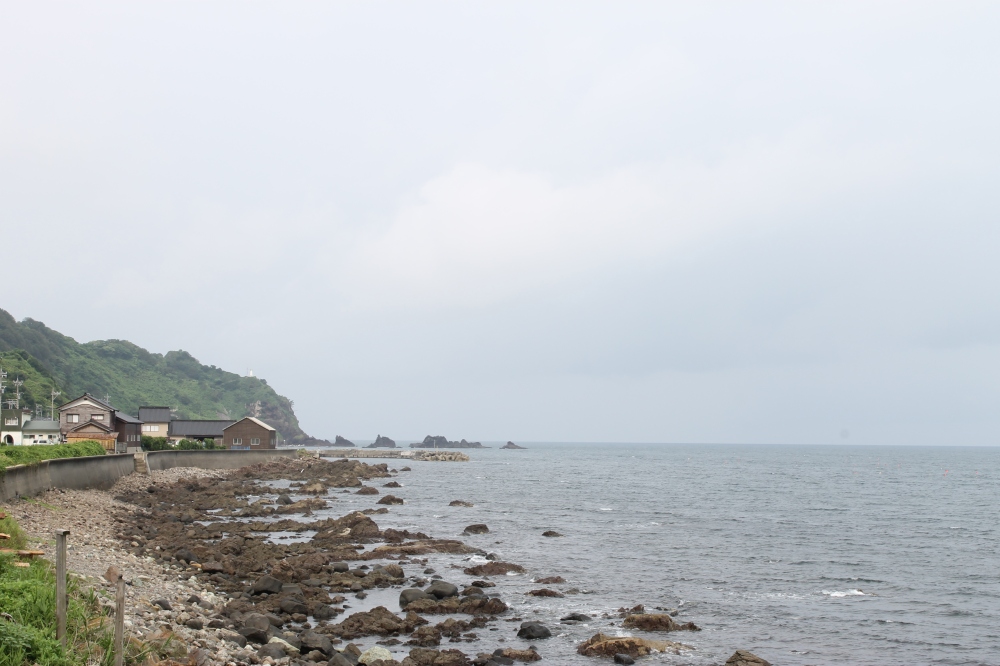 I travelled further around the northern tip of the peninsula, before taking on its wild and rugged Sosogi Coast. Steep cliffs stooped down into the ocean as a steady wind ushered forth, slowing my progress. Running on fumes, I made it to Senmaida, one thousand rice paddies. It was here that the tourist scene made a cameo, as a series of miniature rice paddies cascaded down from the mountainside towards the fringes of the coast. Due to their awkward positioning, the paddies have to be maintained by hand; without the aid of modern machinery. White-clad farmers tended their crop delicately; a physical job requiring an abundance of skill and patience – for the lush green rice plants still wouldn’t be ready for another couple of months. 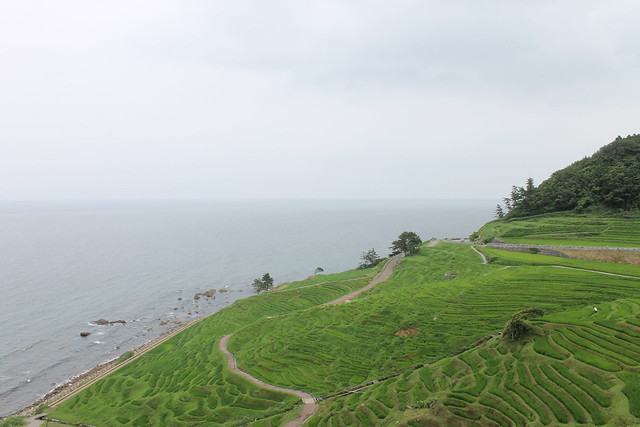 Just south of Senmaida was the city of Wajima, one of the peninsula’s most populous cities that would finally offer up a convenience store.

I was now 70 miles from Ishikawa’s capital city, Kanazawa. At the start of the day, I would have said that I had been a couple of days away from the capital (from my starting point at the tip of Noto’s peninsula) but after two cups of iced coffee, I felt inspired to break my personal daily record by traversing a total of 111 miles. 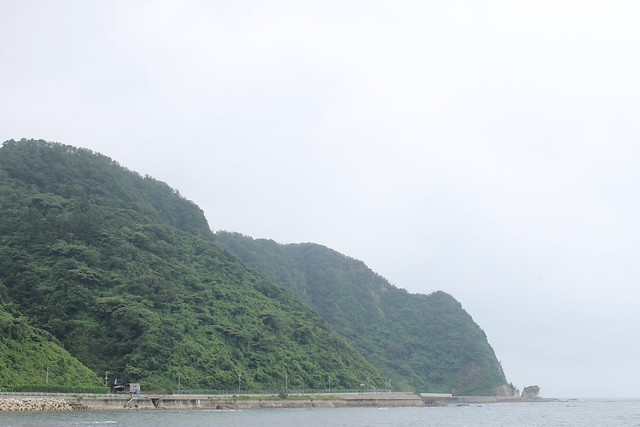 Once away from the peninsula I felt like a man on a mission; the roads levelling out considerably, allowing me to make some excellent progress. The only trouble I had was when I misread a road sign and found myself cruising recklessly onto a boisterous expressway. Bicycles were forbidden there and it wouldn’t take me long to work out why, as cars and trucks roared past me at death defying speeds.

One car shot past, a child’s snotty face pressed to the window.

The expressway’s exit couldn’t have come soon enough, and after leaving the horrific road, I came upon a 7-Eleven! Being situated on the outskirts of Kanazawa, my chances of reaching the city’s core now sat at 99.3%. I decided to flick a quick e-mail to a Brazilian Couchsurfer called Jimmy. His response to my request was rapid, informing me that he and his boyfriend could host me for the night.

Traversing the suburbs, I arrived in the city centre just as night had set in. A sudden downpour saw me take shelter at a convenience store for a good hour or so – meaning that I wouldn’t arrive at my hosts’ until quite late. Yet, Jimmy and his Chinese boyfriend, Lei, were not fazed by my lateness. Both were students studying Japanese at the city’s University – so they were no strangers to late nights. I however was. We bantered for a while before my eyes started to close.