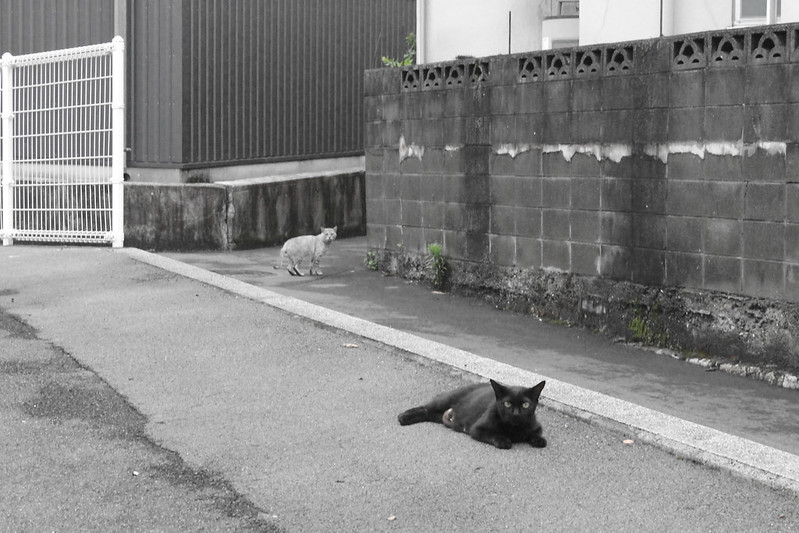 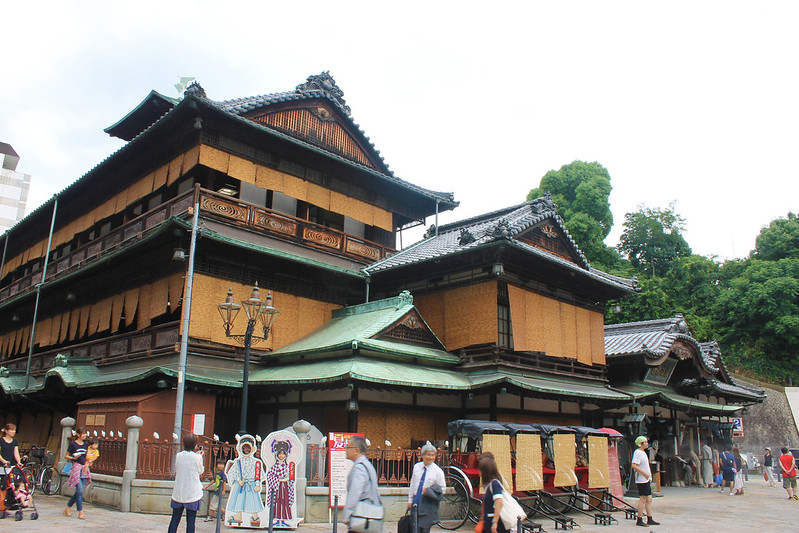 Matsuyama was a breath of fresh air, when compared to the other three capital cities of Shikoku. The largest of the island’s cities with over 500,000 inhabitants, it’s a city beautified with an abundance of green space, pilgrimage temples, a steep hilltop castle and the rather special Dōgo Onsen. The mineral rich waters of the area have been known to the Japanese for well over a thousand years, and were said to have cured the ailments of a deity. 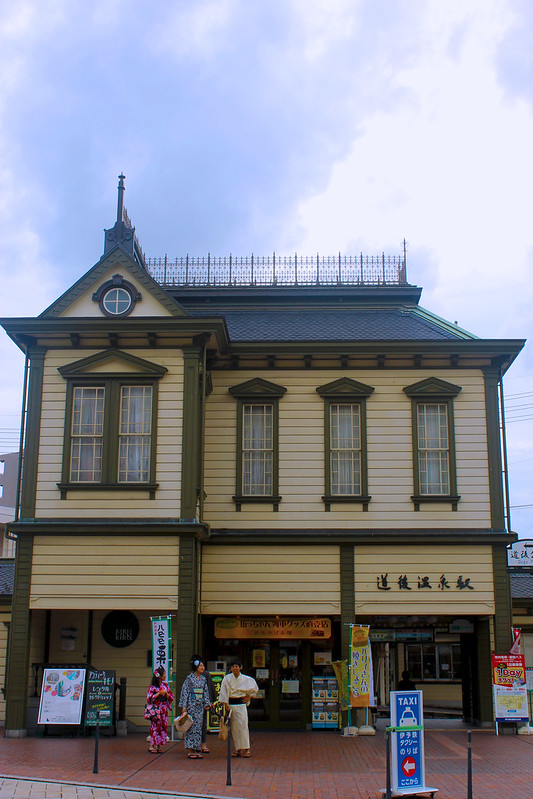 The Dōgo Onsen Honkan, the oldest bathhouse in the country – dating back to 1894 – is a three-story wooden building inclusive of a watchtower. This building became the inspiration behind the bathhouse of the spirit world in Miyazaki’s timeless classic ‘Spirited Away.’ 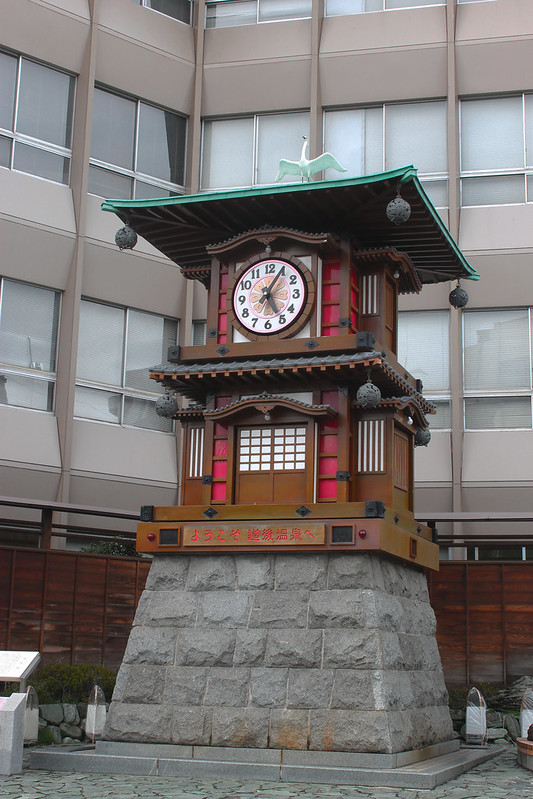 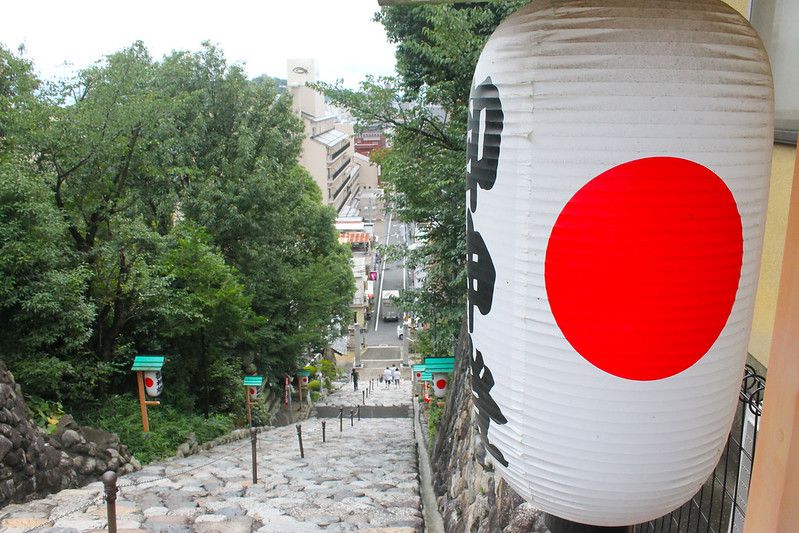 A bulk of the sights, bar that of the castle were fairly close to my guesthouse, this allowed for some limited walking. For today, as a result of yesterday’s trauma, was consequently a rest day and all forms of physical exertion were strictly off the menu. Beer however, wasn’t. 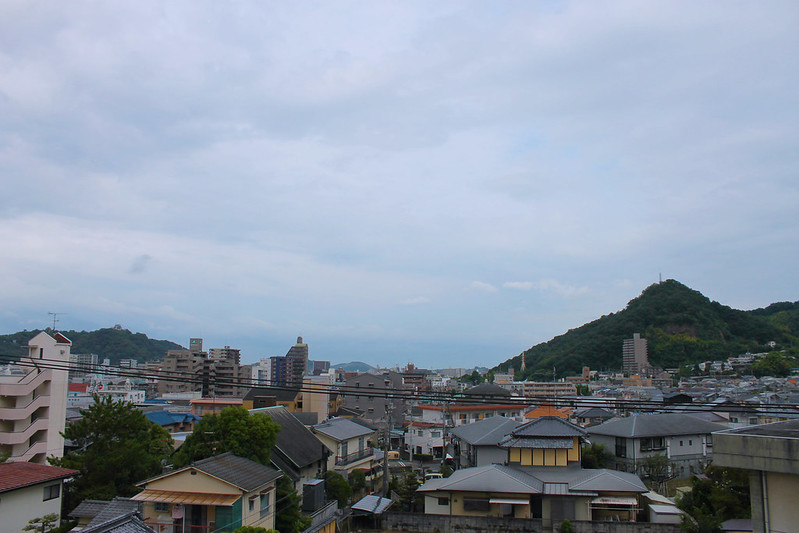 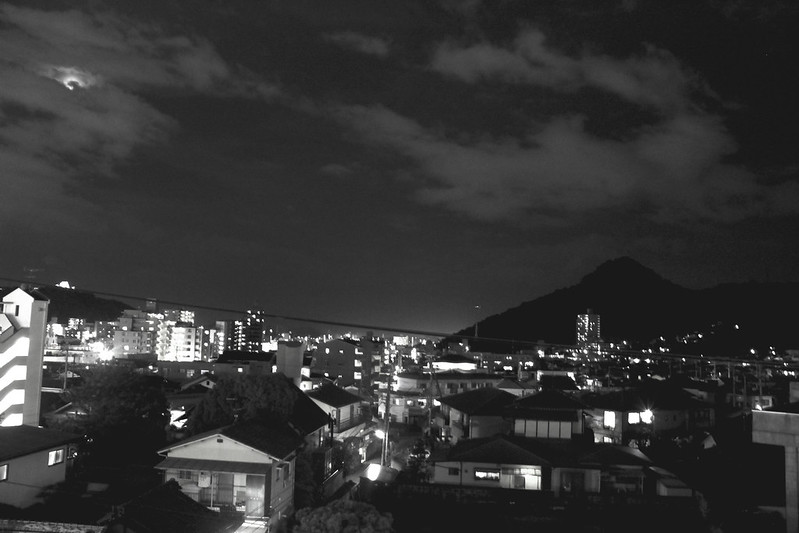 Morning saw me around Ehime’s coast, the climes lacking any hint of a typhoon with clear skies and a skin-blisteringly hot sun that would see me burnt red raw – when I had forgotten to apply sunscreen. 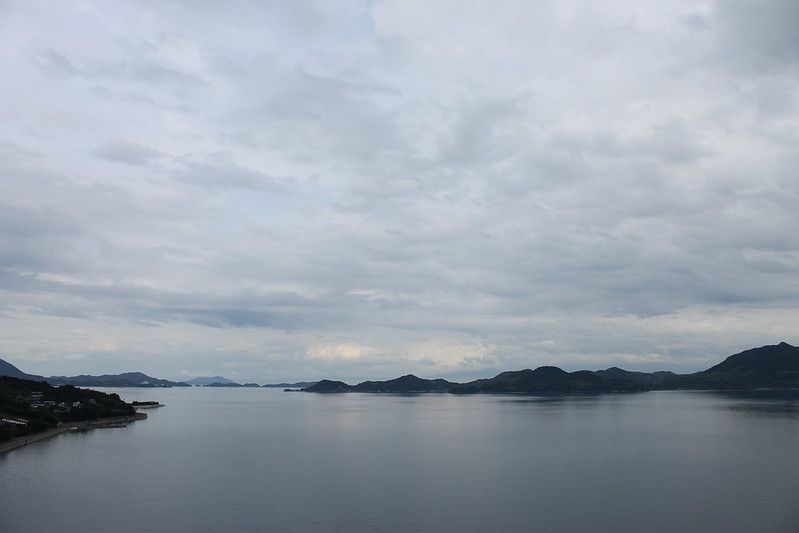 Trailing the coast eventually led me to Imabari, the last mainland city of Shikoku. From there – and across the Seto Inland Sea spanning some six islands – runs the Shimanami Kaido. This is a 40-mile long toll road for both cars and cyclists, connecting Shikoku with Western Honshū. It’s a popular route once plundered by buccaneers and pirates between the 14th and 16th Centuries. Today, however,  there is safe passage for cyclists from all walks of life. 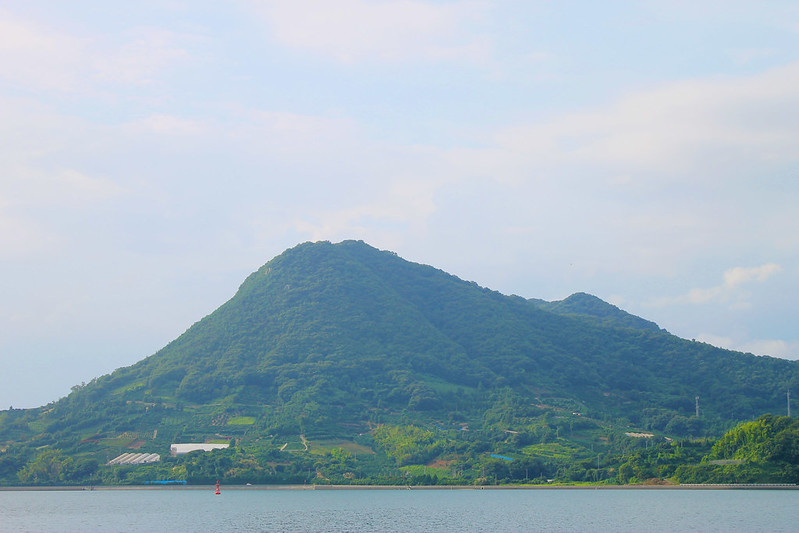 The cycling route is some 6 miles longer than the actual toll road for motor vehicles; allowing one to concentrate on nothing more than one’s fellow cyclists and the contrasting views across the inland sea from the island’s interconnecting bridges. 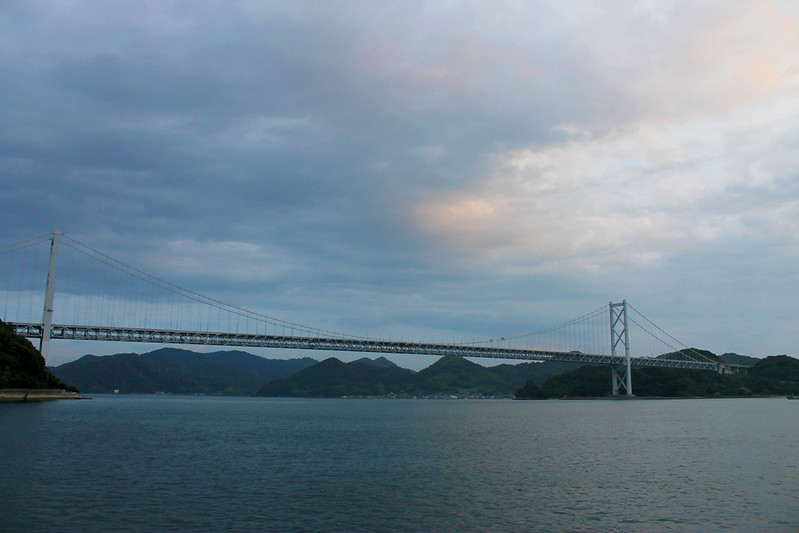 Local fishermen cart their catch to neighbouring islands, as holidaying family’s island hop – on rented bicycles. The weekend cycling enthusiast is also amongst them with his latest multi-Yen vessel – the type that love to stop and take pictures of their steeds in idyllic settings, which in turn seems to cause a strange set of stirrings within the never regions of their tight spandex shorts. Not that I was looking of course, I’d already had my lunch.

Ikuchi Island marks the beginning of Hiroshima Prefecture. Crossing the bridge from Omishima, I waved goodbye to Shikoku, as I cycled forth across the open expanse of the inland sea – in harmony with a gentle ocean breeze and a plenitude of spectacular island gazing opportunities. 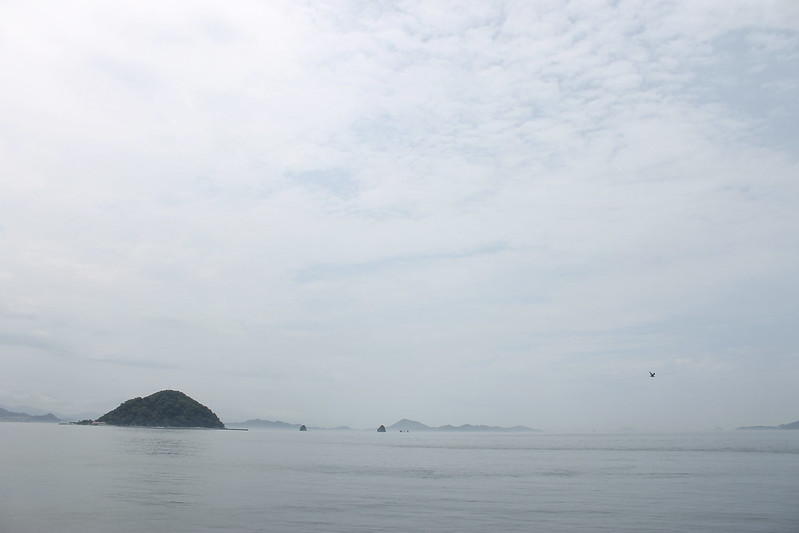 Reaching Mukaishima, the 6th and final island of the Shimanami Kaido crossing, saw me fumble about amongst the island’s interior until close to sundown. This island once saw 100 RAF Prisoners of War stationed here, after their dreaded journey from Indonesia on one of the Japanese’s fearsome Hell Ships – the Dainichi Maru. These men would soon be joined by 116 American’s, shipped in from The Philippines. Those that managed to survive the perilous journey were soon put to work and used as slave labour on the island’s shipyards; many being worked to death or dying of malnutrition. Just a small chapter from the history of a prefecture that would eventually become synonymous with the build up to the end of World War II. The final bridge connecting Mukaishima to Onomichi on the mainland was not suitable for cyclists, so I took a short ferry ride across a narrow stretch of ocean. 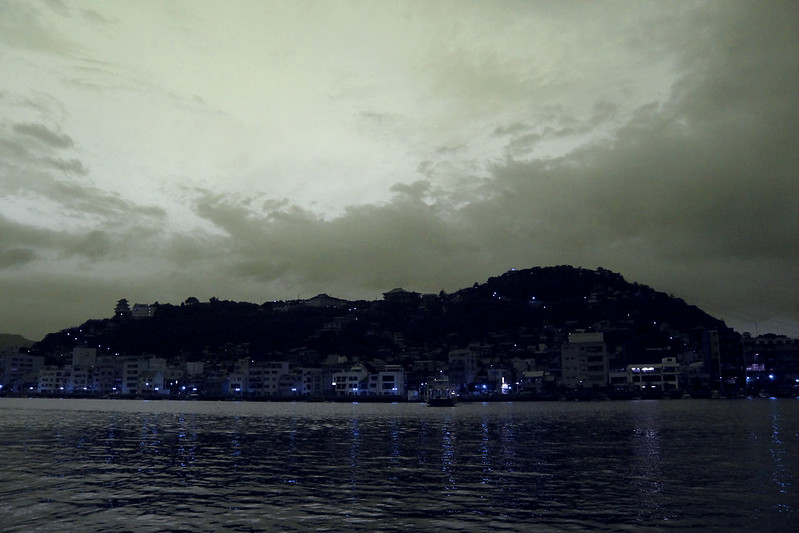 In Onomichi, I tracked down one of the most impressive guesthouses in Japan. A guesthouse seemingly poised in the past, sitting inside an aged shopping arcade that seemed as if it might slowly be gearing itself up for a long nap. From the outside, the guesthouse could quite easily be mistaken for a place of limited appeal, for in fact the fascia of the building is one of deception, a trend unique to the old townhouses of Onomichi. In an attempt to reinvigorate this part of town, this old townhouse – known as ‘Anago no Nedoko’ (bed of an eel) stems back some 100 metres or so and has been renovated to a traditional yet quirky standard. It contained a chic coffee house, kitchen, lounge area, garden and a number of comfortable dormitories. 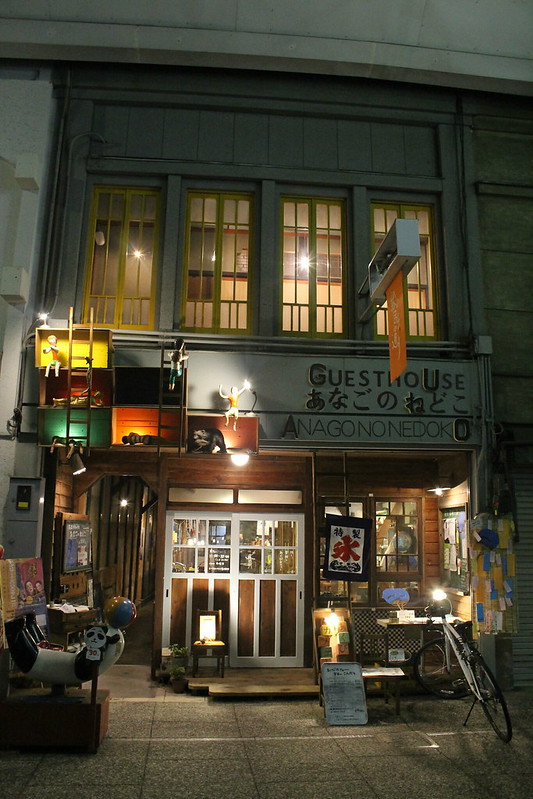 It was a warm and welcoming place, in a town that is unrushed and more accepting to the slowness of time. I settled in for a couple of days as some heavy rain poured down around me – Typhoon Halong looming ever closer, its exact path still uncertain. 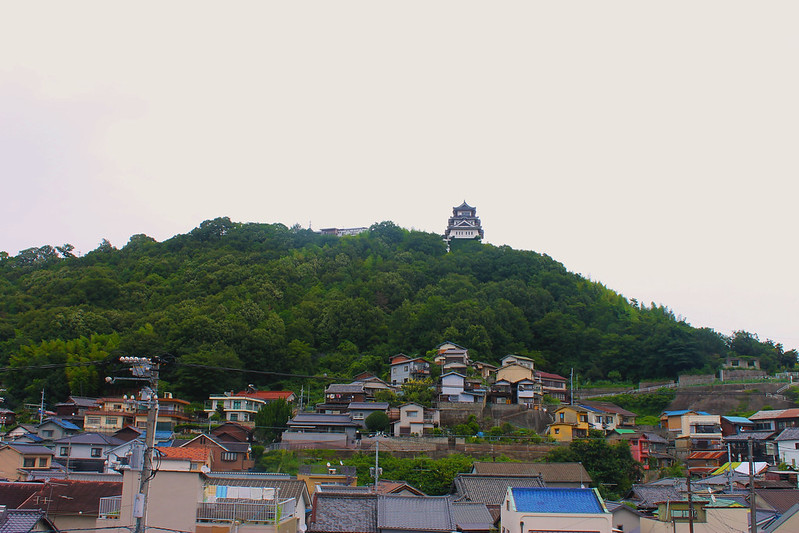 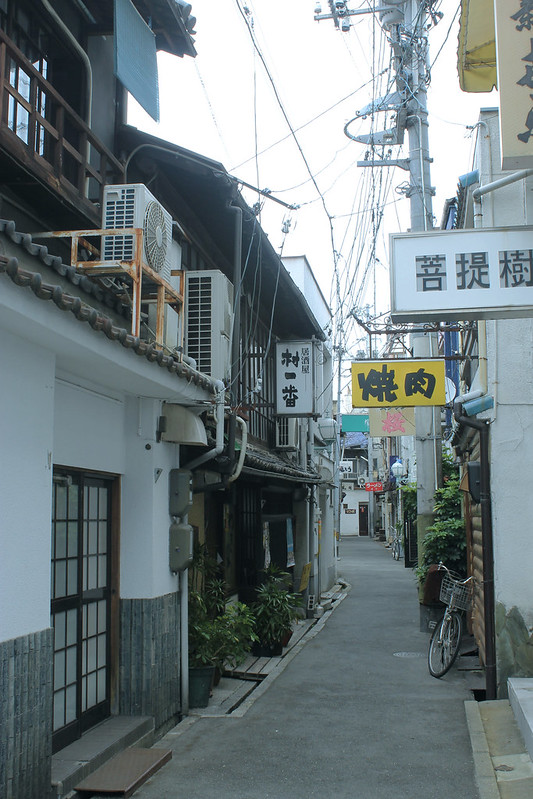