Okinawa entailed the longest ferry ride of them all. Situated some 475 miles south-west of Kagoshima, I would have to endure a 25 hour journey to Naha, the prefecture’s capital. 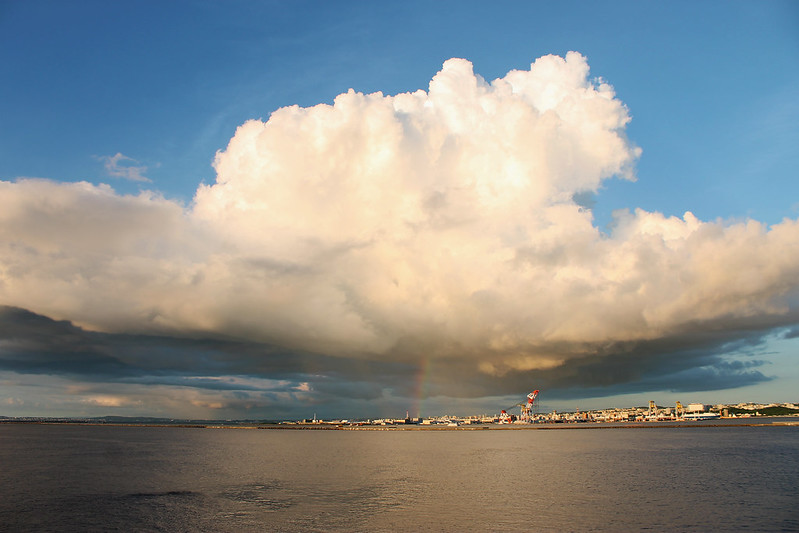 After buying my ticket at the Kagoshima ferry terminal, I stood and lingered next to my bicycle by the loading bay, watching the giant forklift trucks load various freighter crates onto the humongous A-line cruiser. With at least 2 hours from disembarkation, I was surprised when a guy came running over to me, to ask if he could see my ticket. I showed him and then was ushered aboard. Just like that. The rest of the other suckers passengers were still sat in their cars or in the ferry terminal, playing the meticulous waiting game. I was to be one of the lucky first on board.

Leaving my bicycle with the lads on the car deck, I proceeded up the escalators like a guest of honour. Now let me tell you, it’s exciting times when one happens to be the first to board a ferry, you really want to get to know the vessel in a lay of the land sort of way, without all the added interruptions of tripping over someone’s luggage or getting stuck in a conversation about the weather. I immediately found my room on the 5th floor; the carpet was snot green with 21 futons in rows of 7, and not a millimetre to spare between them.

I then scouted the deck looking for the usual amenities: toilets, restaurant, Street Fighter II and a bunch of vending machines containing food, drink and a plethora of mysteries. Next would see me do a quick and meaningless safety check of the outer deck, although I didn’t really know what I was looking for. But as far as I could tell, the vessel was a mostly solid steel affair with a hull that appeared to float well, this essentially made the boat feel all the more boaty. Satisfied I returned to my futon and abused the ship’s electricity supply something wicked.

My room would eventually become a full house as the other passengers began to pile on board. The room contained everything one would need to muster a successful sausage party. 21 males were packed tightly like sardines in a can; and an hour or so out to sea, all of my roomies were sleeping like babies. When the snoring started up, someone would close the cabin door, in an effort to contain one of the most persistently obnoxious noises known to man. And, of course, with the door being closed, the farts would also begin… got to keep those farts contained so that everyone can have a good old sniff. For the majority of the night, I’d stay awake having a Game of Thrones marathon on my laptop whilst sniffing 3rd party farts in the lacklustre confidence that I might just somehow nod off. I didn’t, but with a new dawn, a new hope would arise and an abundance of vending machine coffee would be quaffed. 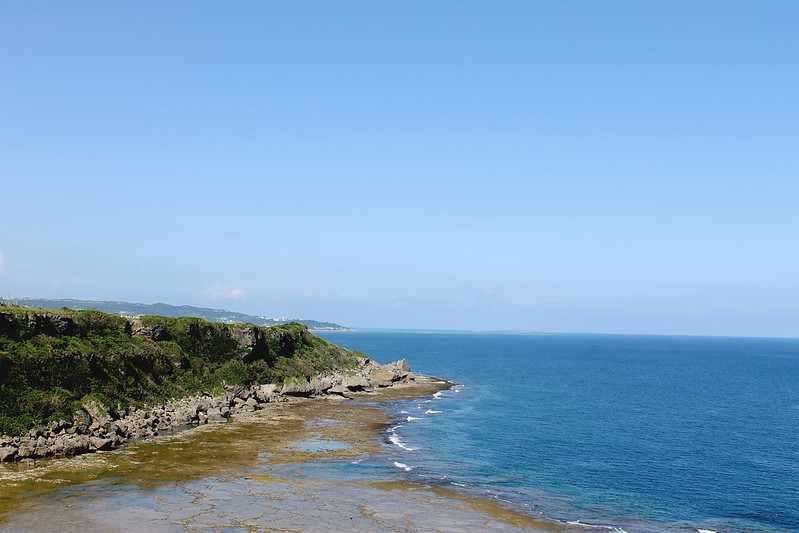 I spent the morning on the outer deck ocean, gazing and island spotting. The sea was a measureless void of turquoise, calm yet treacherous, breaching into the horizon and seemingly feathering up into the skies, before offering up a more translucent shade of blue. As the A-line surged forth, it passed a number of the 160 Ryūkyū Islands that dot a stretch of the Pacific for some 620 miles, from the borders of Kyūshū all the way down to Taiwan. Islands both inhabited and uninhabited, appearing as mere specs in any atlas. Thick jungle terrain hugged coastal hillocks as steep cliffs dived down abruptly and into the ocean.

Occasionally, civilisation crept out of the vegetation; as a cluster of homes with farming plots decorated with a life of self-sufficiency emerged. Life remote in the outer islands, being able to sustain a livelihood and also keep one’s health intact, was key. Not that health was a huge issue for the Okinawan’s – it is a well-known fact that these hardy islanders yield the largest number of centenarians of anywhere in the world. Five times as many Okinawan’s live to over 100 years than compared to the rest of the mainland. A fact no doubt accredited to the Okinawan’s graceful diet of fresh fish and tofu, along with local delicacies specific to the islands such as the bitter melon known as gōyā and the sweet purple yam. A diet low in fat and sugar and high in vitamin D… a longevity recipe for success. For me personally, I was still happy that I’d somehow managed to make it into my thirties, a fact that baffles me every day when I awake from the nightmares of my teens. 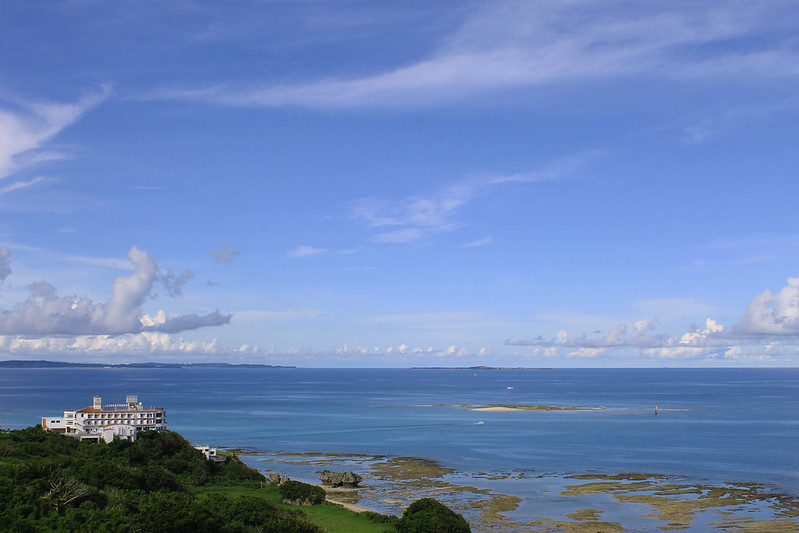 At dinner time, I headed down to the canteen on the lower deck to dine on some lukewarm Japanese curry. I planned to stay and read for a while, but was surrounded by a bunch of excitably noisy drunks that wouldn’t leave me be, screaming and shouting for no reason. I was by this stage finding myself becoming increasingly irritable about the smallest of things: bicycle punctures, the humidity, a mucky camera lens, missing socks, a bogey on the wall next to me, being told ‘Nai’ constantly… shitty drivers determined to send me to my maker. I felt that all these definitive issues were somehow having a detrimental effect upon my general well-being and my mental health. Would Okinawa act as my cure? It was true I needed time out, a breather, I needed beer, to read a book, to do some normal things that weren’t cycling up and down mountains all day long and making myself feel sick from exhaustion. This much was certain. And so I urged Okinawa to be my refuge and place of sanctity, I hoped sincerely that it would fulfil my expectations.