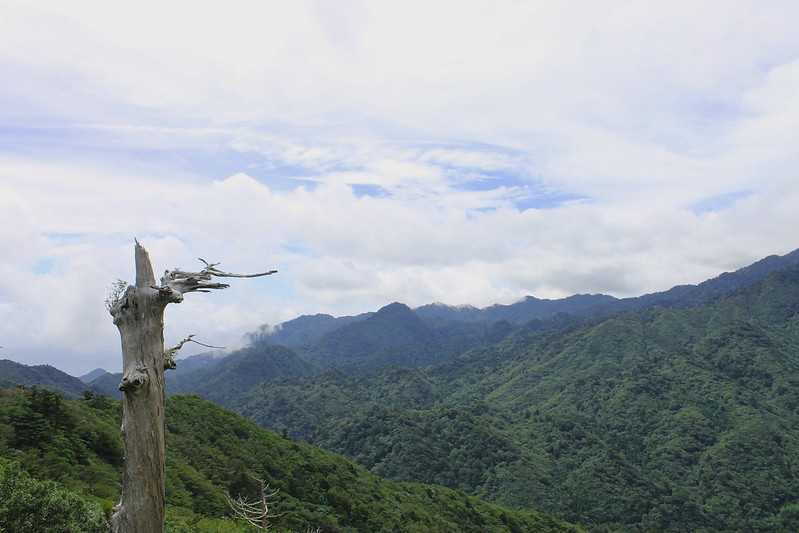 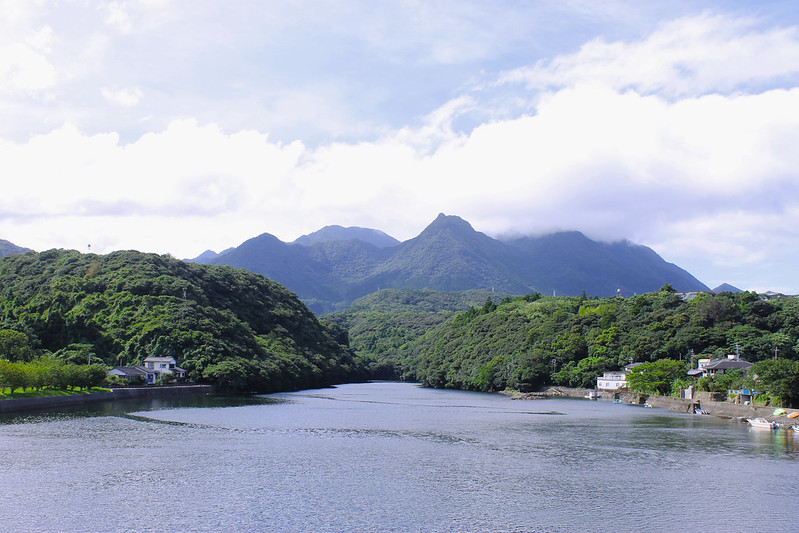 As my ferry from Kagoshima approached the Miyanoura harbour, I was greeted by some unusually clear skies, for in this part of the world – the locals will often joke – it rains 35 days of the month. The island’s topography consists of a wild and rugged interior, dominated by a number of mountains that rise up close to some 2,000 metres, boasting some of the most beautiful primeval forests on the planet. The island of Yakushima is almost completely circular in shape, with a circumference of 84 miles and was the basis of Miyazaki’s 1997 animated fantasy feature ‘Princess Mononoke’. This film was based on a story about the Gods of the forest and the plight of man hell-bent on destroying their home. 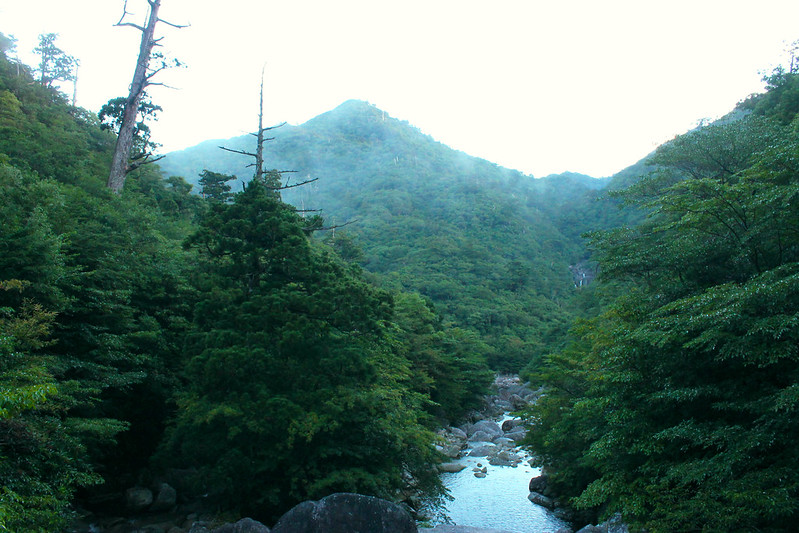 Today, the bulk of the island’s forests are protected and for two days I would have the great honour of trekking amongst them; discovering a small portion of this beautiful island’s rogue interior. Under the cool, dense forest canopy a mystical world unfolds, the intense summer sun is filtered out, allowing one to really get lost amongst the dramatically aged cedars. Deer trample fearlessly on a forest floor littered in fungi and moss, fresh water drips from overhanging rocks as the bulbous tree roots run the forest floor like an aged wooden cabling system; appearing to bond the lifeblood of the forest together. It was clear to see where Miyazaki got his inspiration from. 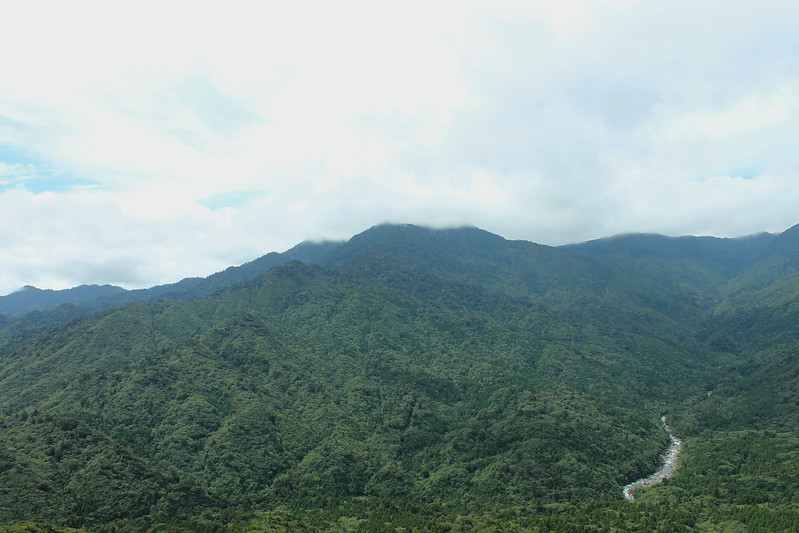 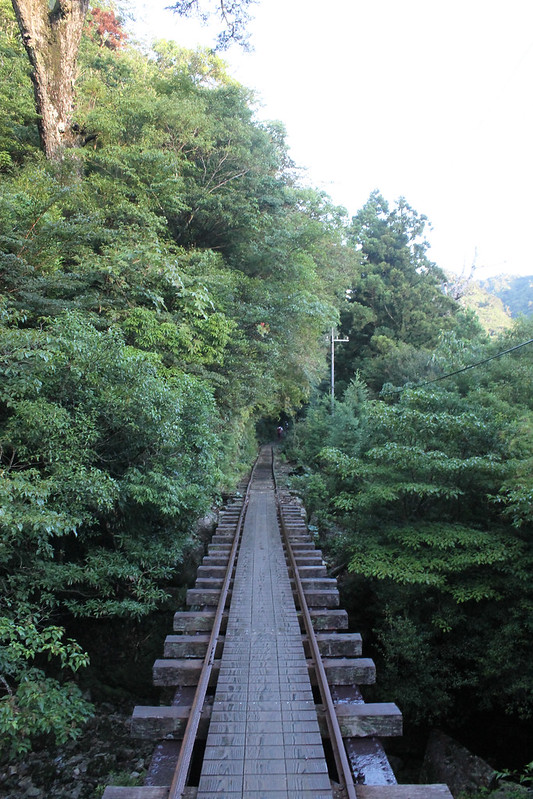 The prize of the forest however is grand master Jōmon Sugi; a cedar tree so aged and grandiose that it can’t even be dated properly with modern 21st Century technology, not even in Japan! From its size alone though, scientists believe it to be about 7,200 years old. And with a height of 25.3 metres and a girth of 16.4 metres, it is a true behemoth of a tree. 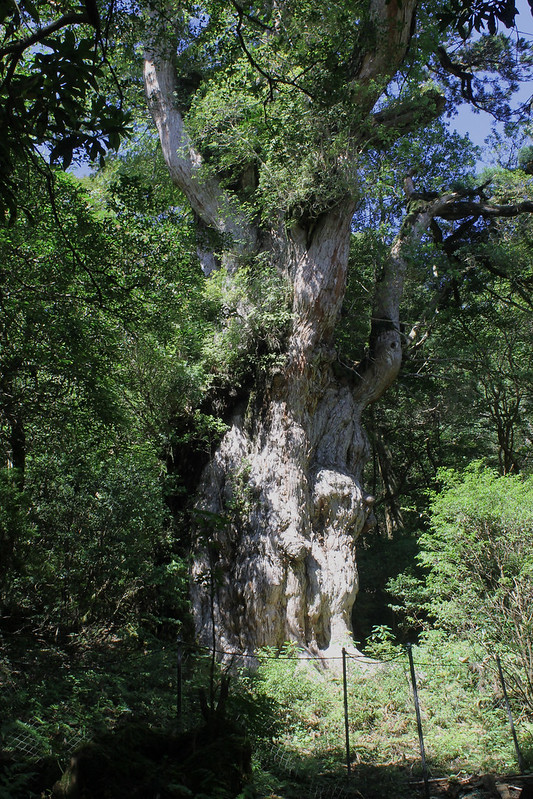 With a lack of cycling during my time spent on Yakushima, it had almost felt like a holiday. As usual that feeling made me feel a little uneasy, but then I thought of my next destination, Okinawa. And having now cycled some 5000 miles, the sudden thought of a sun, sea and sand holiday didn’t seem like such a bad idea after all. If anything it would be wholesomely rewarding, a chance to relax in a tropical paradise and recuperate, to drink cold beer and swim in crystal clear waters, to eat fine Okinawan tucker and learn the secrets of a long and fruitful life. Yes, actually Okinawa would be just the ticket.

Total time in the saddle: 506 hours and 20 minutes