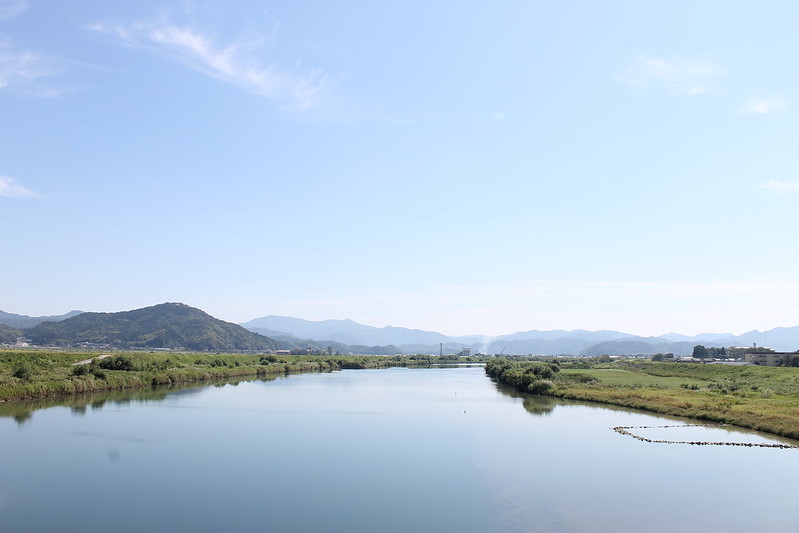 I‘d spend the night in an official and free camping ground alongside Miyazu Bay. I slept well, which was important as I knew from looking at the map that the journey south towards Osaka was going to be a mountainous trudge. In fact, my day began vertically, as no sooner had I ventured from the outer confides of suburban Miyazu, would I find myself staggering up Mt. Ōe in a light drizzle. It was a satisfying enough ascent though, with little traffic to share the road with. The peak of Ōe is meant to offer stunning vistas across the prefecture. Yet on this day, it was a wet, windy and dreary place, and due to the slippery road surface, I descended with caution. I’d nearly done 6000 miles by this point, without any hiccups, and I wasn’t about to start breaking any limbs now.

Reaching the city of Fukuchiyama (easy now!) I would rekindle my affinity with Route 9, which happened to be in fine hell-raising form. I wouldn’t expect anything less as I strayed back towards the Keihanshin area; one of the busiest regions in Japan. I branched away from the mayhem at one point with the idea that I might find a more docile country road, but was swiftly turned back by a road maintenance crew. I ended up being re-routed back in the direction of Kyoto. Buried amongst the mountains, Kyoto has to be one of the most difficult cities to reach via bicycle. Being shrouded the way it is historically gave the city its strategic advantage, as all passes could be monitored for enemies. And that’s exactly how I felt every time I cycled into this ancient city – like the enemy. It was a monotonously steep and sweaty climb, just as it had been some two months previously – when I’d entered the city from Shiga to the east.

Rain started to fall heavily as I descended down into the city. Being rush hour, the roads were heaving with traffic. I’d decide to spend the night in a hotel in Kyoto and head over to Osaka the following morning; the mountains and the rain had done me in for one day. I rocketed down the mountainside at 30mph, swerving in, out and around some tediously slow moving traffic; it was mad yet thrilling. I would’ve though been more than willing to put my hands up and admit stupidity, should I have ploughed straight into the back of a Nissan Micra and shattered a testicle. I was being cocky and letting the 6000 miles unbroken factor undoubtedly go to my head; I was feeling somewhat invincible. I was of course no superhero – and my approach thus far, although very successful, was a trifle haphazard. So, I guess what I’m trying to say is, ‘Kids, don’t try this at home!’ 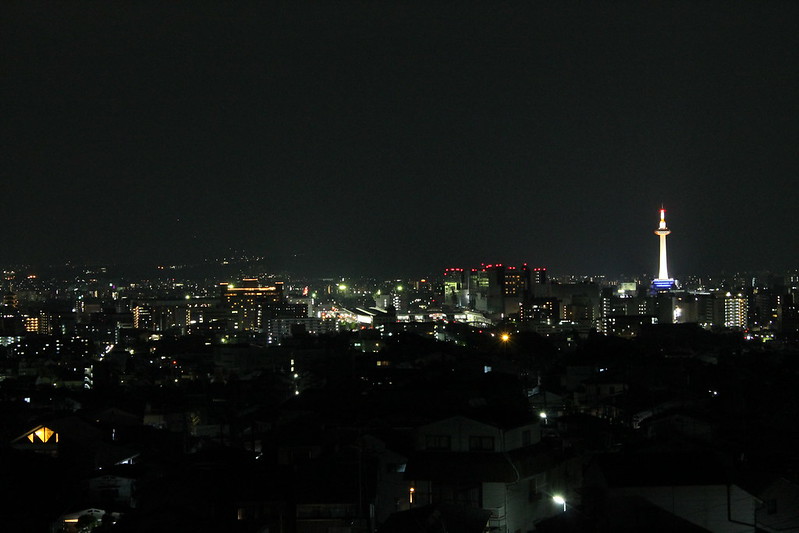 By the time I’d found a hotel in central Kyoto, it was absolutely lashing it down. The bags under my eyes felt heavy and upon looking at my reflection, I appeared destroyed. As well as darkened eyes, my hair was bedraggled and I had chain oil smeared across one of my cheeks. Also, my beard was horrifically unkempt and made me look like a sex offender. I felt that somehow during the course of one day, I’d managed to age at least nine years.

To rectify this, I had a long hot shower followed by a shave which let me claim a few years back. I then bought a couple of beers and waded over a map book that I’d found at the hotel. I tried to decipher my best route to Osaka for the following day. It seemed that it was almost entirely possible to cut out a bulk of traffic and traverse alongside the Yodo River for some 30 miles or so and all the way into downtown Osaka. I took a big hit of beer and then, finally content, I closed my eyes.

Total time in the saddle: 606 hours and 55 minutes

For info and exponential hot goss on my latest travelling endeavours please pay me a visit over at Travel Bloke, thanks for reading: