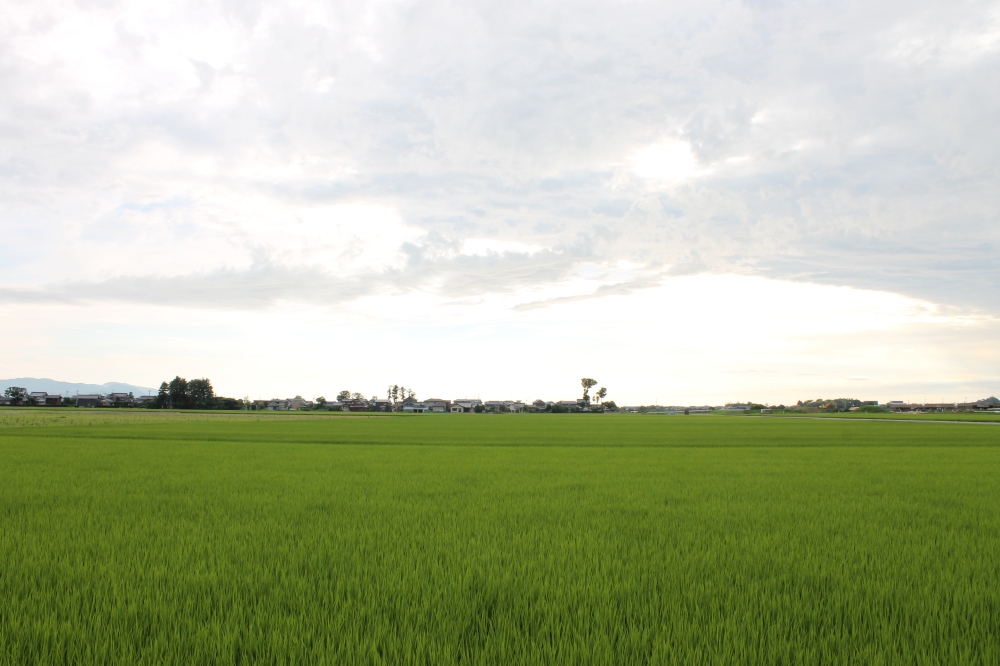 Heading out of Kanazawa, I met up with my old flame, Route 8, as I journeyed into Fukui Prefecture. Route 8 was as feckless as ever, with its limited hard shoulders and hordes of trucks that bounced along the heavily fractured bitumen without a care in the world. The sides of the road were in a process of being invaded by some hefty vegetation which emerged from out of the surrounding alpines in a true ‘Day of the Triffids’ fashion. The most annoying of these triffids were a number of large and soggy dock leaves that flogged my legs and thighs; a sensation far from sensual.

At the time of writing this, there was much debate surrounding Fukui; a prefecture that hosts some 13 nuclear power reactors – the highest number for any prefecture in Japan. With so many reactors, it was no surprise to learn that the stretch of coastline that the reactors inhabit was referred to as, ‘Nuclear Alley.’ Talk of putting some of the reactors back online was a popular topic around Fukui, with the government keen to start saving money again, without having to import expensive oil and gas from overseas. This move would cover the lost energy from having all of the country’s 48 usable nuclear reactors sitting offline. Yet, in the wake of Fukushima, public opposal was rightfully strong, but the Phoenix had a right to speak. The Phoenix was the city of Fukui’s national emblem – and the city’s name means ‘fortunate’. Fukui was in fact levelled twice, once during 1945 in an American aerial bombardment, and then again by the devastating post war earthquake of 1948. Yet, like the Phoenix, the city would rise from the ashes of destruction and again thrive. The true epitome of the Phoenix are the Fukuian’s, and they alone possess the right to have an important say in the future of nuclear energy.

By nightfall I reached the prefecture’s capital, a moderate city of some 267,000 people that, like many of Japan’s cities, seemed to bear no scars of its gory past. Buildings aimed for the skies, neon lights trailed off into the unknown, and vibrant boulevards got pounded by the footsteps of commerce.

I think growing up in the UK – and becoming somewhat of a connoisseur to eating filth has had a psychological effect upon me. Meaning that I need to eat detritus, every now and again, to prevent myself from going completely cold turkey.

Due to years of this dietary abuse, I appear to have derived a standard in my mind of how my Western fast food should be served up, and in Japan sadly it fails nearly every time. Their Western fast food is served incredibly slowly, but the Japanese version of fast food has been more than mastered, and it’s certainly much healthier, too.

So, resisting my cravings for amateur Western fare, I opted for the Japanese quick-fix. Ordering a pork cutlet and rice, saw me feasting within the minute, and then afterwards – with the comfort of a full belly – I found myself disgusted with the fact that I’d ever fancied a dirty burger and chips in the first place. A limited feeling however that of course would soon wear off. For it’s what ‘they,’ ‘the corporation’, ‘the machine’, or ‘the man’ with their additives and bags of grease wanted. Resistance will and always will be futile, for they will always get you in the end.

Under the dim glow of my cheap 100 Yen flashlight, I sought out the Asuwagawa River, which runs directly through the centre of the city, alongside a number of quaint riverside parks.

Finding a dark and unobtrusive spot, I set up my tent and bunkered down for the night. I’d soon be dreaming of burgers being fed into my greedy face by scantily clad Geisha girls.

Total time in the saddle: 380 hours and 45 minutes