Come 7am and I was still wide awake. The same song continuously blasted away without remorse. I’d just experienced my first Japanese all-night rave and the Japanese themselves at their most unruly. On a plus note, I did manage to survive the night without getting my head kicked in by a pillhead, so by and large I shouldn’t complain. Making my way to the communal toilets, I bore witness to the last of the ravers; one man bounced up and down with sunglasses on, wearing a long white nightshirt… his rhythm was boundless as his fingers gyrated to the skies suggestively. Another man lay passed out on the ground, his friend leaning over him slapping his face. ‘Nobu-san, okiro, okiro,’ Mr Nobu, wake up, wake up. The friend smiled politely at me, as I entered the toilet block.

Now for a shithouse that had just undergone an all-night rave, I was remarkably surprised at how clean the facilities still were… what was wrong with these people? Cleanliness in the face of anarchy was an incredible feat to achieve, yet these kids seemed to have pulled it off effortlessly. The Japanese are a festival organiser’s dream… partygoers across the world take heed.

After a considerably nasty poo I took the walk of shame back to my tent. Mr Nobu still in a heap on the floor was now alone; his friend off dancing with Mr Sunglasses, together they pointed at the skies as they jived.

Mr Nobu had since gained a cigarette, pursed tightly between his lips he puffed away contentedly with his eyes closed. Certain that he had everything under control, I left him to it.

Leaving the campsite, the invasive drivel of boom, chicka-boom, chicka-boom would remain etched into my head for the remainder of my journey south around the lake. Even stopping for ice cream, I found myself sub-consciously nodding my head to the non-existent beat. It was a cruel blow, but it felt better knowing that Mr Nobu would be having a worse off day, nursing his hangover.

By lunchtime, the temperature had soared to a sizzling 31°C: windsurferers, snorkelers, barbecuers, sun-absorberers, volleyballers and the essential quota of screaming children plied Biwa’s pristine waters. 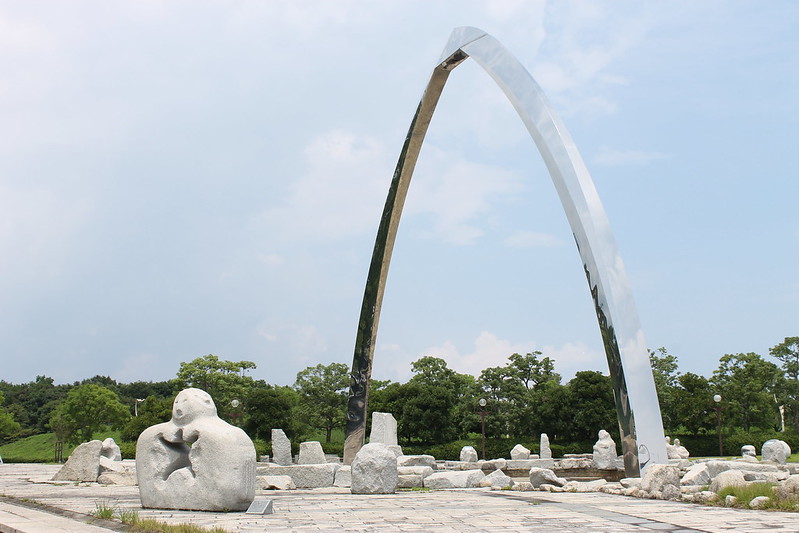 The southern section of the lake became more populous with camp sites, hotels and tourists as I etched closer to Ōtsu, Shiga’s capital city. A city that is largely overshadowed by its big neighbour – one that I also – in an impetuous hunger to further my progression – chose to ignore, as I forced myself up into a sticky ascent of the Higashiyama mountain range and down into the baking hot oven of Kyoto. Boom, chicka-boom, chicka-boom…

Total time in the saddle: 392 hours and 40 minutes