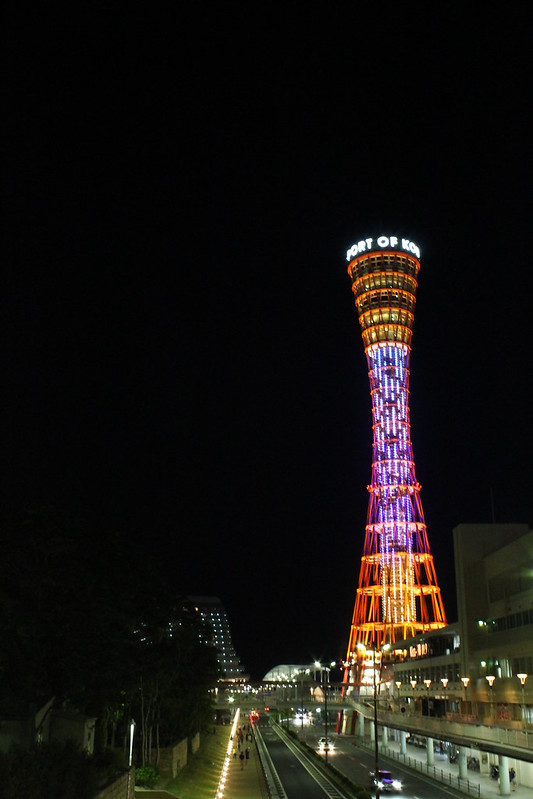 Plying the concrete jungles of the Keihanshin, the metropolitan region where Kyoto, Osaka and Kobe all meet, saw me exposed to a brutal 37°C heat. The sun beat down fiercely upon the road as its rays refracted upwards, giving a constant mirage effect. I found myself going through some 2 litres of water an hour, whilst the sweat poured out of me, profusely.

Losing enough sodium through a concentrated bout of sweating has the potential to be disastrous, so the replacement of salt in the now hot and humid climes had become essential. Enter the umeboshi, an extremely sour plum rammed with an abundance of salt that will leave you scrunching your face for days to come, but they get the job done. Reluctantly tossing a couple of these nasty fruits down my gullet every couple of hours, was certainly more than enough to prevent me from keeling over. Gross plums and flat gradients were to be my saving grace for the day as my body looked to play the acclimatisation game.

When the cloud cover came, which was rare, it was much appreciated. It didn’t take much of an edge off the sun’s wrath, but it was something, and as an opportunist I had to take it.

Reaching Route 2, I cycled westbound to Kobe. The change of direction was noticeable on the dry, hot wind that blew head-on resembling that of the dirty heated breath of the Devil himself. Perhaps this was an immoral reminder of what he still had in store for me over the coming months. 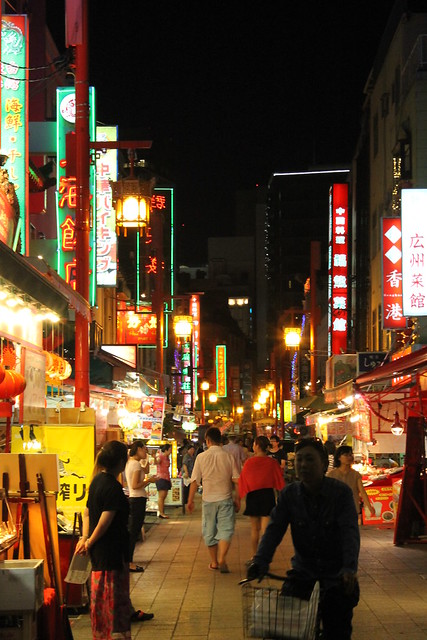 Chaotic scenes greeted me, upon my entering the country’s 5th largest metropolis of Kobe. At an intersection, the traffic was grid-locked and – cycling on the sidewalks being legal in Japan – I was able to escape the encroaching jam somewhat.

A little farther ahead and a steady crowd had gathered. My curiosity drew me over, but I wished it hadn’t. Several elderly women were standing agasp; hands covering their faces in shock. Peering through the cracks of the crowd, I saw a twisted and claret soaked body trapped under the wheels of a bus. The reasoning behind the tailback of traffic was now unpleasantly clear, and I, head hung low, cycled on. At my hostel, I granted myself a much needed shower and a rare siesta, after which, I awoke with a ravishing hunger. Heeding the call of my stomach, I headed to the city’s central hub of Sannomiya, where a ramen shop – resembling a photo booth – set me straight.

Kobe is a vibrant and fast paced city; one of the earliest of Japanese cities to have traded internationally from its much famed port. Venturing there revealed an extremely cosmopolitan vibe. An exotic boulevard lined with light clustered tress paved the way to a selection of upmarket restaurants and shopping malls, that sat pretty alongside the water’s edge. A huge Ferris wheel, the city’s glitzy red landmark port tower and accompanying maritime museum illuminated the night sky. I took a seat in the wharf as the humid night was kind enough to allow a gentle breeze to pass. Much of what I was witnessing was relatively new, as during the early hours of 17th January 1995, a devastating 6.7 magnitude earthquake struck, causing widespread damage across the entire Kobe region, claiming 6,434 lives. The Great Hanshin Earthquake, all but decimated the city’s infrastructure and port area, setting the government back some £66.3 billion in expenses. At the time it was Japan’s most destructive earthquake – since the Great Kantō Earthquake of 1923, which led to over 100,000 deaths. It’s quite hard to remain positive when one thinks of the history of these islands, both Mother Nature and humankind have played some decisively cruel cards to its citizens over the years. But with a bold, determined defiance, as always, the Japanese would again rise from the realms of uncertainty. 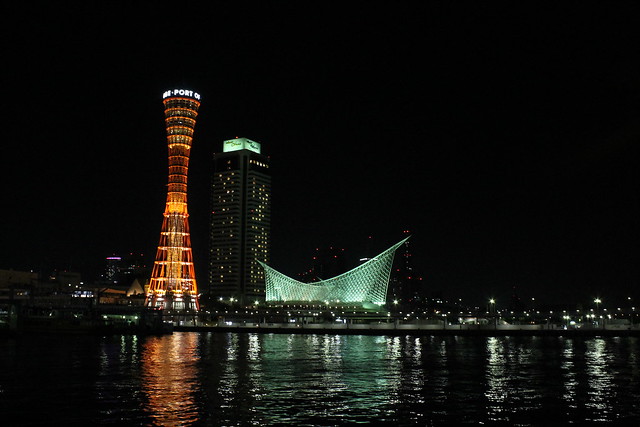 Total time in the saddle: 397 hours and 2 minutes