By the time I’d readied my bike for the day, I was already a sweaty wreck; the dial again well on its way to another 37°C scorcher. Racing out of central Kobe toward the suburbs, I found the coast of the Seto Inland Sea, a predominately caged in body of water, home to hundreds of islands, islets and a border for the three main islands: Honshū, Shikoku and Kyūshū. 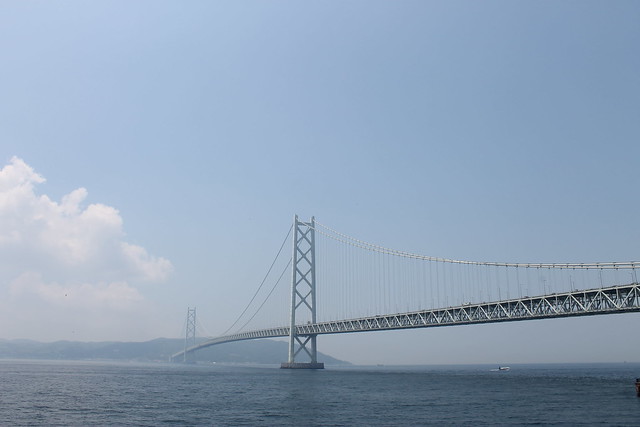 Many of the larger islands of the inland sea are connected by a network of bridges, with a vast swathe of the smaller inhabited islands being served via frequent ferry connections. 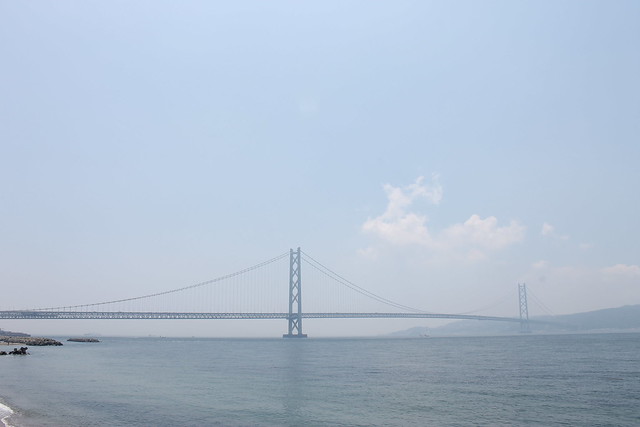 Clinging to the coast, I avoided a sizeable portion of heavy traffic that traipsed along Route 718. The fragile coastal breeze allowed for some marginally comfortable cycling, yet my forever perspiring palms began to corrode my handlebar tape, revealing a sticky adhesiveness that plastered my hands in a tar-like residue. A problem I should probably have sorted out at some point, but never did.

Whilst trailing a coast, you can’t really go wrong, with or without a map… unless you’re me, of course. It was around about the time that I was closing in on the city of Himeji that the midday sun must have sent me a little mental. Missing a vital turn-off, I found myself heading up into a set of mountains, and, as far as I was aware, this wasn’t part of the day’s agenda. But being a stubborn wretch, I was determined not to go back upon myself, all roads must lead somewhere. I slaved skywards for a while; the road seemingly less travelled and slightly worse for wear. Before long, I was out of water and umeboshi, the inland sea had now also gone astray, leaving me with an only slightly more than a lacklustre grasp of my geographic locale. Fortunately, the knackered-to-shit roads would soon reveal a lonely traffic controller. You might have thought being stuck up on a mountain all day, in the middle of nowhere under the blazing hot sun, that you’d be pleased to see a stranger. The traffic controller’s reactions however would clearly dictate otherwise. As I approached the man, he began to wave his sparkly orange baton about frantically, before brandishing me with the sign of ‘The Irons.’

He pointed his baton back over my shoulder… an inevitability which I had half expected. I sighed. ‘Arigatou gozaimasu.’ There was no reply. His eyes were cold and eerie, so I turned and went back down the mountainside, sulking slightly, but never at any point looking back over my shoulder – as I could feel the traffic controller’s  eyes burning into the back of my cranium.

When I reached the junction that I’d initially missed, I tutted at myself and shook my head in the utmost of disgust. Rank amateur. The new found road to Himeji would soon bathe me in an abundance of 7-Eleven’s, so that I could replenish my thirst and get my ice cream fix in check – before heading into town. 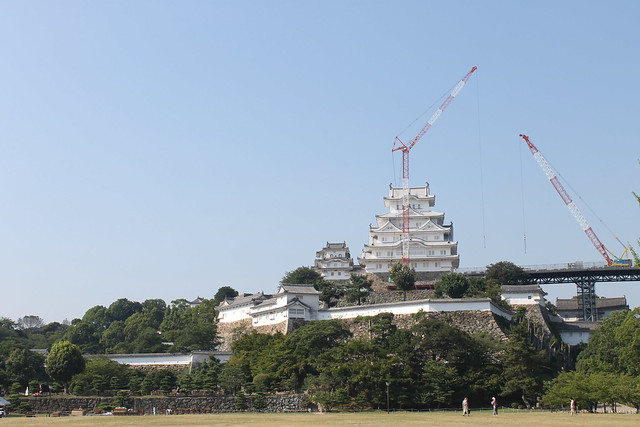 Himeji is home to one of the most famed castles in the country, a castle that since 1333 has undergone various incarnations, but still sits prominently atop a hill bearing down over the city. It was one of Japan’s first entries into the UNESCO World Heritage list and was a survivor of both World War II and the Great Hanshin Earthquake. 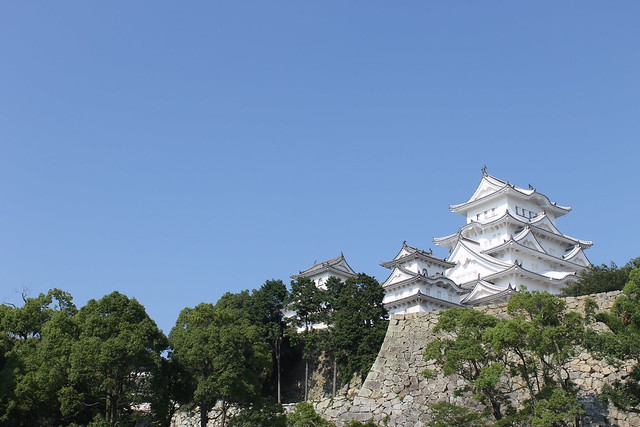 The brilliant white building stands proud, earning itself the nickname of ‘White Heron Castle,’ yet initially not all were happy with this architectural marvel. It is said that one of the castle’s early carpenters was most displeased with his own grafting; a sinking cliff close to the keep meant that the castle’s tower lent a little too much to the southeast. This fact would inevitably lead the carpenter to his own grave. Scaling the walls of the castle’s 150ft tower – with a chisel in his mouth – he cast himself off the top and down into the courtyard below. Today, however, I witnessed nothing but the work of master craftsman, the two huge cranes on one side of the six-storey structure carrying out reconstruction work, slightly marring the castle’s majesty to some extent. But all in all, the building still acts as a perfect embodiment to the country’s ancient, feudal past. 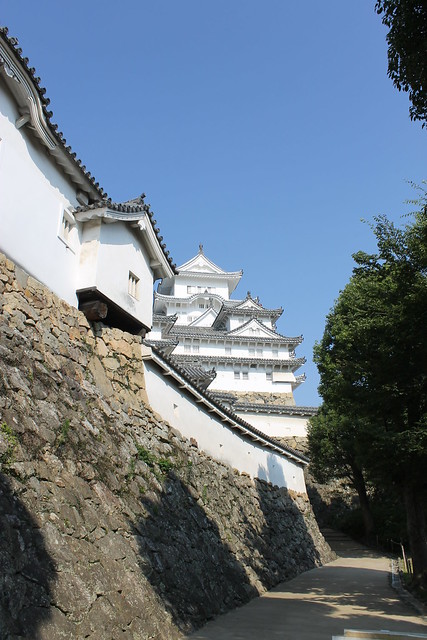 In the same district, amongst a peaceful neighbourhood, a network of narrow lanes and traditional Japanese homes, I found my guesthouse. It was a harmonious-sized little place that could handle just a small handful of guests at any one time; more than idyllic when compared to some of the gruesome party hostels that habituate the big cities, across the world. The last thing one wants after a battling day on the road is to get vomited upon by a drunk, greasy 18-year-old backpacker on a gap year. 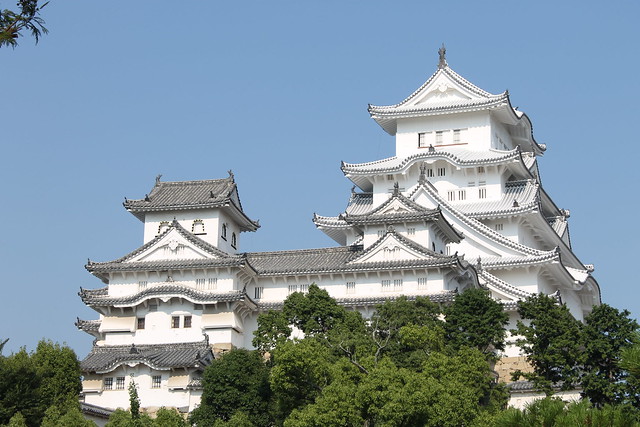 Once in a 24-man rat infested dorm in Perth, Australia I witnessed a fellow Englishman piss himself in his sleep. From his bed, he was somehow able to direct his heavy stream of urine out of the side of his shorts and directly into the mouth of the neighbouring passed out Irishman. True story!! This was a sickening reminder of what some of the world’s hostels have to offer.

Yet, here in Himeji, I felt a long way from all that sort of tomfoolery, and I for one was glad. Amen.

Total time in the saddle: 401 hours and 38 minutes