The morning started slow; my solitary rear mud guard and brakes annoyingly chaffed my rear tyre as I headed west, out of Okayama. Love diminished fast for mud guards on this trip, yes they repelled a certain amount of water and random street guff, but at the same time when it was absolutely pissing it down as tends to be a common trend in Japan then one inescapably ends up getting soaked to the bone and filthy regardless. Finding some shade, I spent an hour or so fine tuning my bike, before it was good to go again. After which, I was eventually able to make some good progress with my day.

Breaching farther into the morn, saw me ride through the Kibi Plains, here I would encounter a serene and traffic free cycle route that threaded through a cluster of rice paddies. The scenery was dotted with shrines, temples and burial mounds – which dated back to somewhere around the 4th Century. The area was known as the Kibi Kingdom, and it spawned the Japanese folklore legend Momotaro, a.k.a. ‘Peach Boy.’ A name well known across the country as Peach Boy featured in his own comic book and TV show. If you’re not an Anime icon in Japan, then you’re most certainly not a legend. 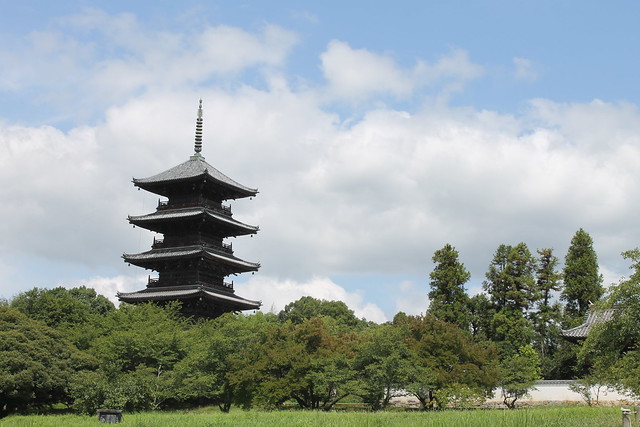 The story goes that one day an old woman was milling about down by the river, when a giant peach came floating past. Catching the peach, she rushed home with it to show her lumberjack husband. The childless couple eagerly prised open the giant peach, to discover a little boy hidden inside the core. The boy told them he had been sent from heaven as a gift to them. The elderly couple named the lad, Momotaro (Peach Boy), and raised him as their own. The middle part of the story is a tad hazy, but one can only assume that he was a law abiding Peach Boy. Although some critics have gone as far as to say that the heavenly gift was a little bit of a work shy freeloader, but I for one don’t always believe everything that I read, do you? Well anyway, when trouble did rear its ugly head, Momotaro was more than willing to get his hands dirty, especially when it came to demons – which he hated. The dirty demon scum had overrun an island called… Demon Island, and so hence forth Momotaro would take the law into his own hands and with the aid of a monkey, a dog and a… pheasant, set off to Demon Island. Upon seeing the demons’ back to Hell, Momotaro confiscated the entire stash of the demons’ treasure from their fort and gave all the loot to his parents. From that day forward, everybody lived happily ever after. So, I’m guessing in a roundabout way the morale of the story is too be good to your parents because of everything they have done for  you, essentially this can be achieved by raping and pillaging other people’s homes and then giving all of the spoils to them as a gesture of respect and thanks. Well, something like that anyway. 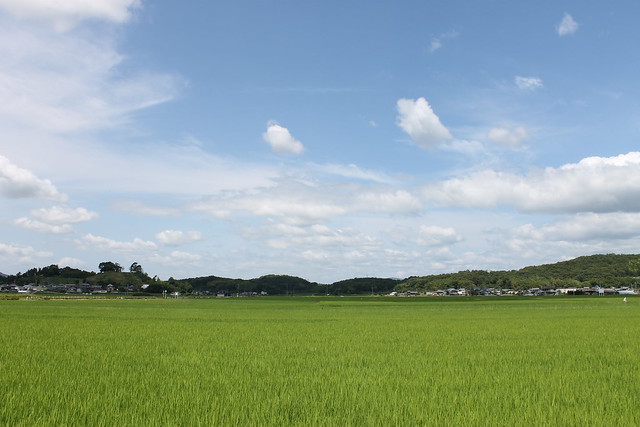 The plains ended at the small city of Sōja, and from there I negotiated some bulky traffic, as I trailed southerly alongside the Takahashi River. At Kurashiki, an old trading quarter once governed by the Shogunate, stands a series of bleached-white, rice storehouses. They now function as museums and touristy boutiques, a reminder of the towns importance of yesteryear. 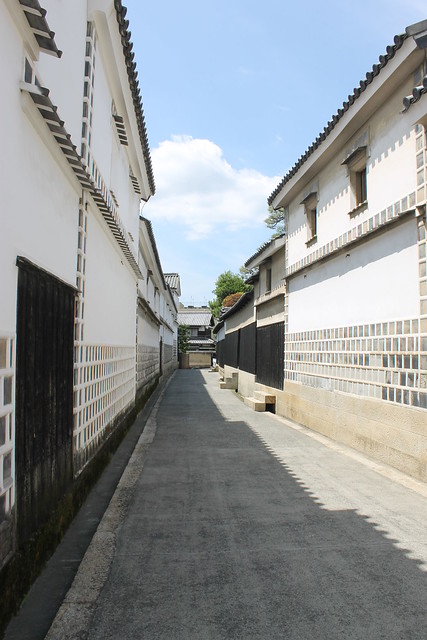 Just a woodpigeons queef away from the elegant Bikan historical quarter, lies a noisy, dirty and venomous lorry-cluttered road. A road that would eventually quieten down, allowing me to sweat my way south across a cheeky bunch of mountains, towards Uno.

I had to act fast upon my arrival at the port of Uno, as a ferry to Naoshima was close to disembarkation. And so, with haste, I purchased myself a ticket and wheeled myself over to the council-housed sized vessel. In 20 minutes, I found myself on the shores of Naoshima, a land of modern and contemporary art, pristine beaches and more importantly… James Bond!

Total time in the saddle: 412 hours and 38 minutes