I slept well in Miguel’s air-conditioned apartment; recuperating handsomely from the previous night’s lost sleep. Having a late’ish lie in, I left Tokushima at around 8am. 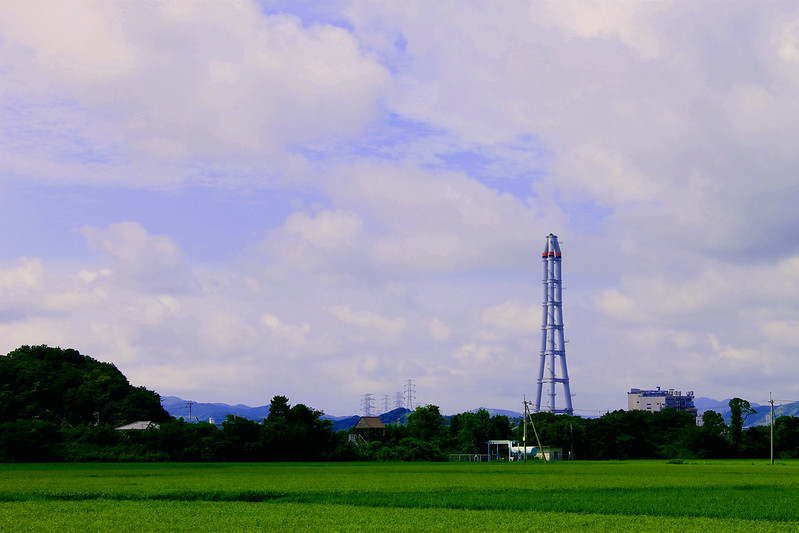 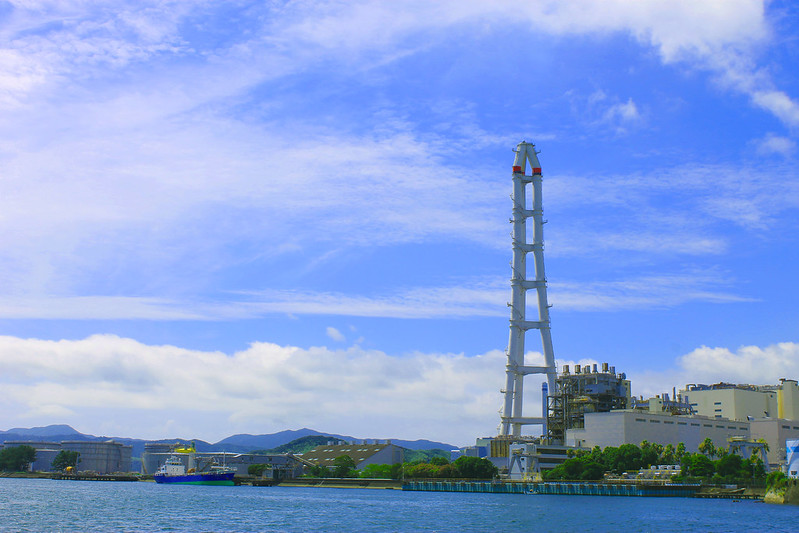 As I stopped to gawp, a man came over to say hello, before ushering me into the cool of his portacabin office. There he and his colleagues fussed over me by showering me with cold drinks, food and souvenirs for the road – and, most importantly, a paper fan. Another random but welcome act of kindness to add to the ever growing tally of random and welcome acts of kindness. It is said that in Shikoku one can encounter some of the best hospitality in all of Japan, and with some 5000 pilgrims walking across the island every year, the locals will often be seen presenting the pilgrims with home-made rice balls, local fruits and treats, some even offer a roof for the night. 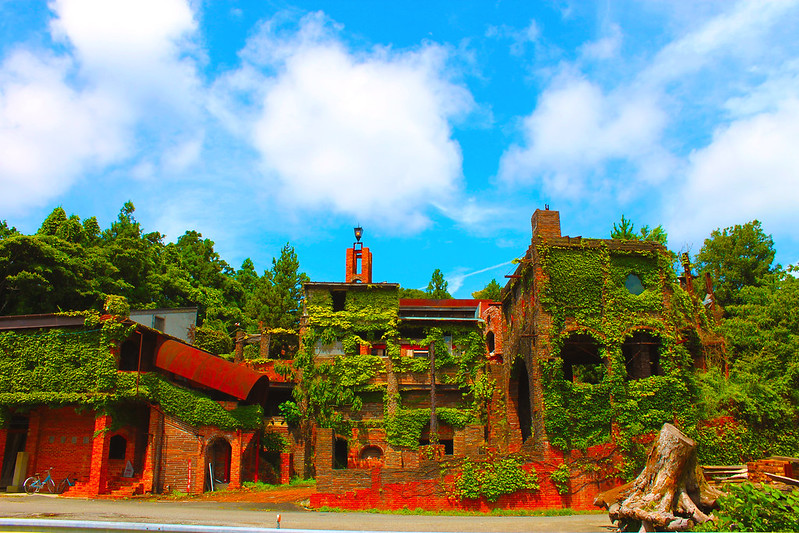 Further south along the coast, in the town of Minami, I met one such pilgrim. Stopping by the town’s train station to fill my water bottles, a young Californian approached me and kindly asked where I was headed. I reeled off my tale and he revealed his. He planned to head to all 88 temples of the Shikoku Pilgrimage – via bicycle. It was then that I realised that we both had a mutual Couchsurfing friend! The young Californian’s story however did not end well – just two days into his journey, he had decided that he’d had enough and was returning back to the States – via Miguel’s pad. He confirmed that he hadn’t quite realised just how physically demanding the journey was going to be and just how ridiculously hot it was going to be, either. Admitting his lack of preparation, he vowed to return home, do his homework properly, and the following year return. I hazarded a guess that this little promise would never come to fruition, yet I hoped that I was wrong. 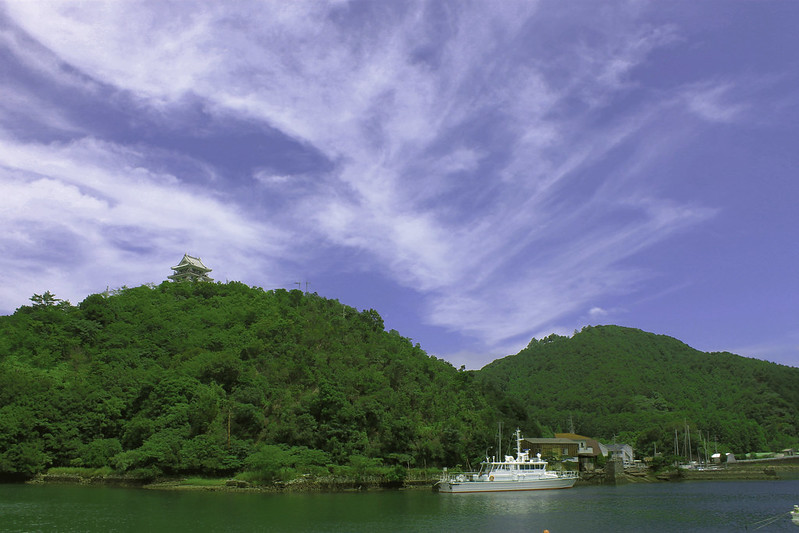 Towards the afternoon the coastal route got a little more ropey, heading into Shikoku’s rugged interior for a while – before eventually emerging towards a coastline of numerous switchbacks. A wind was on the rise now, as the once crystal clear skies became blotted with cloud cover – allowing for some cool climes. The waves along the coast also became more intimidating; the beaches enticing droves of surfers who now piled joyously into the blue. I myself would sneak across the border into Kochi, my third of Shikoku’s four prefectures. 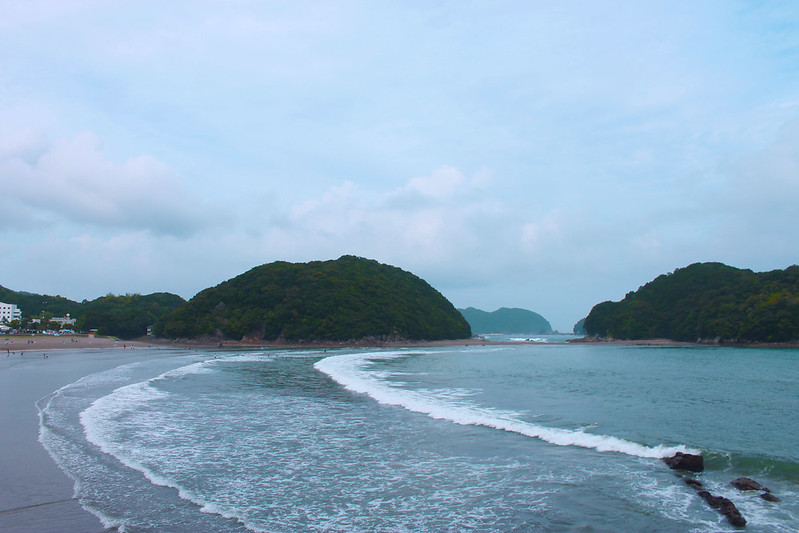 Tucked just over the border is the quaint little coastal hamlet of Ikumi. Here I would meet Satoshi, a tomato farmer from Yokohama. I’d been in contact with him via a website called Warmshowers, the website – although nowhere near as popular as Couchsurfing – offers up a similar policy and is purely dedicated to tour cyclists. Satoshi, an avid tour cyclist himself – having cycled for 6 months across Central and South America – was more than willing to put a roof over my head for the night. He lit up a barbecue upon my arrival and offered me a can of beer, which I snatched away from him like a dehydrated alcoholic.

We both then proceeded to chat enthusiastically about our days in the saddle. Satoshi had decided that the city life was not for him, so took up residence in the thinly populated Kochi Prefecture, opting for the quiet life. Kochi, although the largest of Shikoku’s prefectures, is covered in 84% forest and houses just a little over 750,000 inhabitants – making it the 3rd least populous prefecture in Japan. I asked him if he yearned to be back in the saddle?

‘No,’ his reply was swift and assertive. We both laughed.

Total time in the saddle: 425 hours and 1 minute