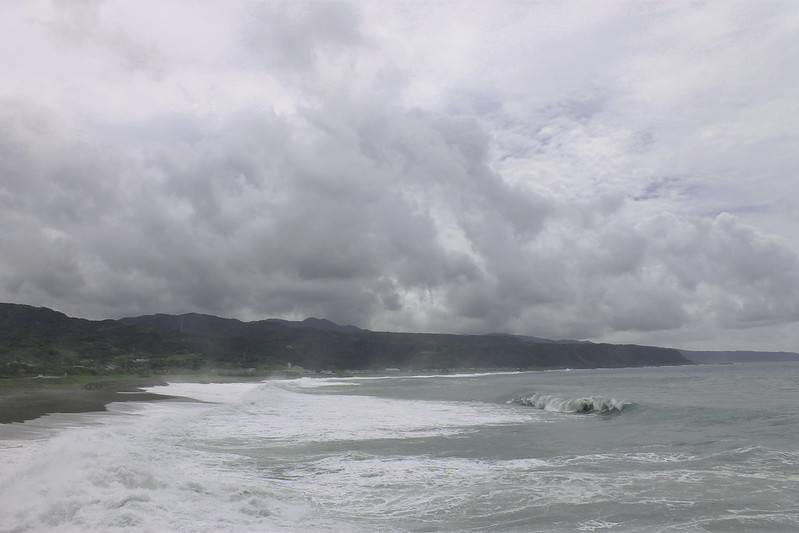 Over breakfast, Satoshi informed me that I should be on my guard as there might be a typhoon making landfall over the next couple of days. Kochi is completely exposed to the Pacific Ocean and is often prone to the full brunt of typhoons. And on this morning – with the skies moodily overcast and the coastal waters dramatically battering the coast – the onset of a forthcoming climatic disturbance became more than obvious. 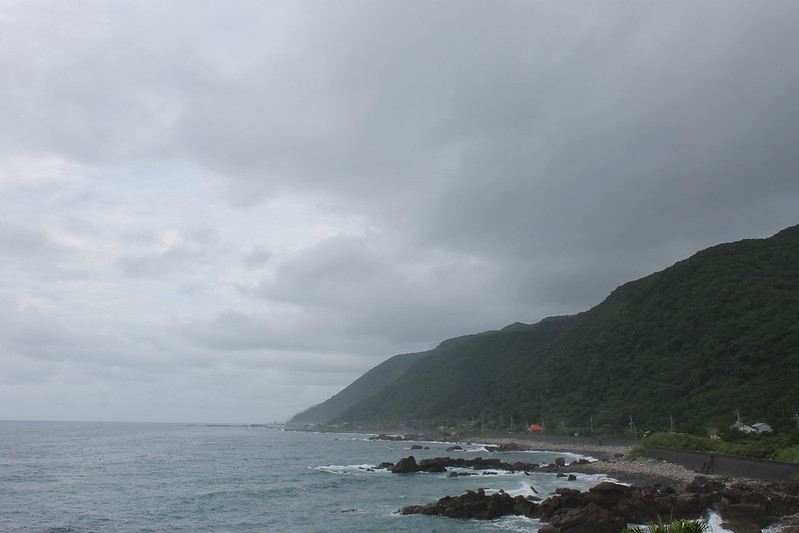 As I  journeyed south toward Cape Muroto, I saw that the prospect of storms was not deterring the surfers who were either ridiculously brave or extremely stupid. But then, what did I know? For I was about to cycle directly into the path of a typhoon. 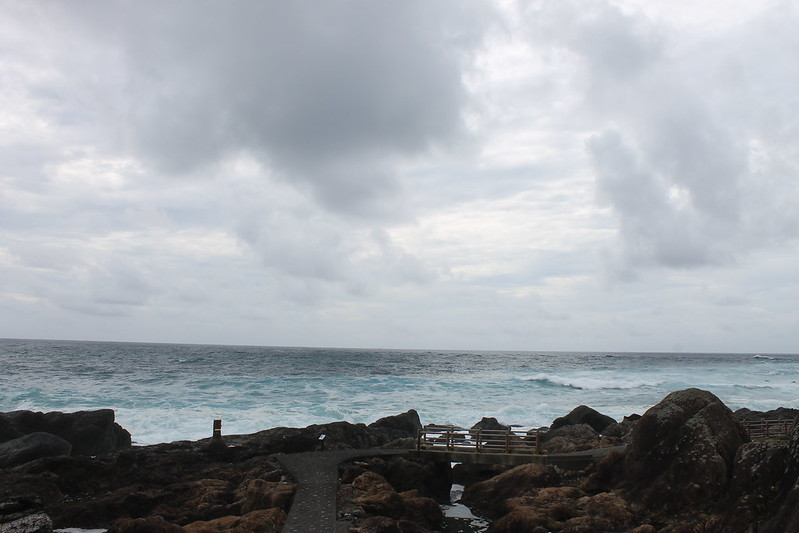 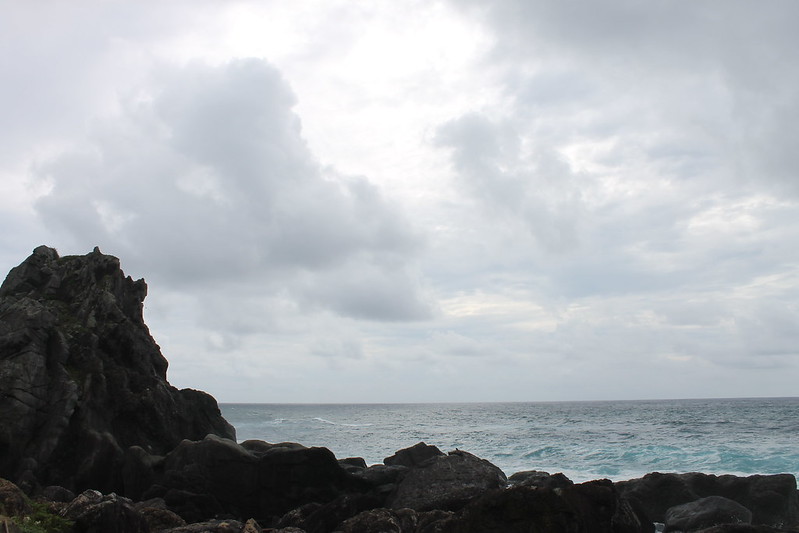 The gradient south, being mostly flat, allowed for an encouraging ride. I even saw wild monkeys for the first time in Japan. Oh sorry, Japanese Macaques. A bulk of them milled about on the sides of the road as I slowly passed them by. They seemed non-fazed by my presence at first, a couple giving me a curious eye, but nonetheless continued on with the business of de-fleaing one another, and hurling their babies about. It was only when I stopped to get out my camera, that I was suddenly alone again, the entire fleet scurrying up into the mountains. Shrugging my shoulders, I wheeled on. 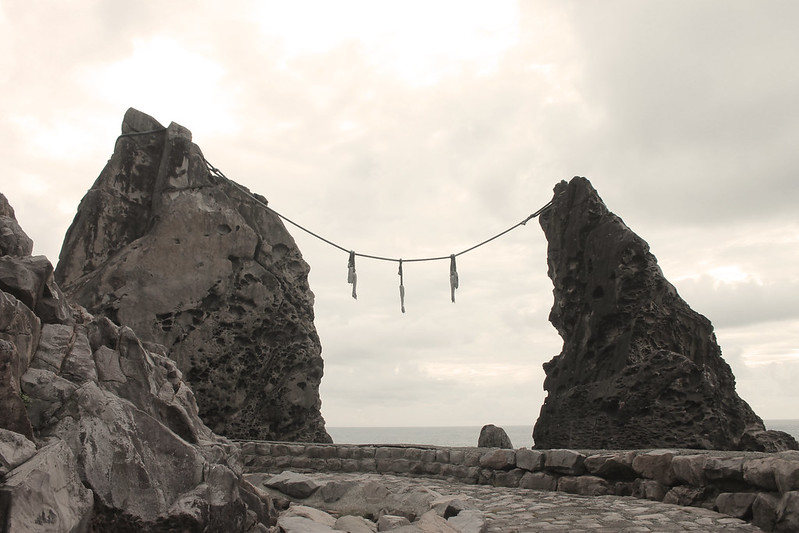 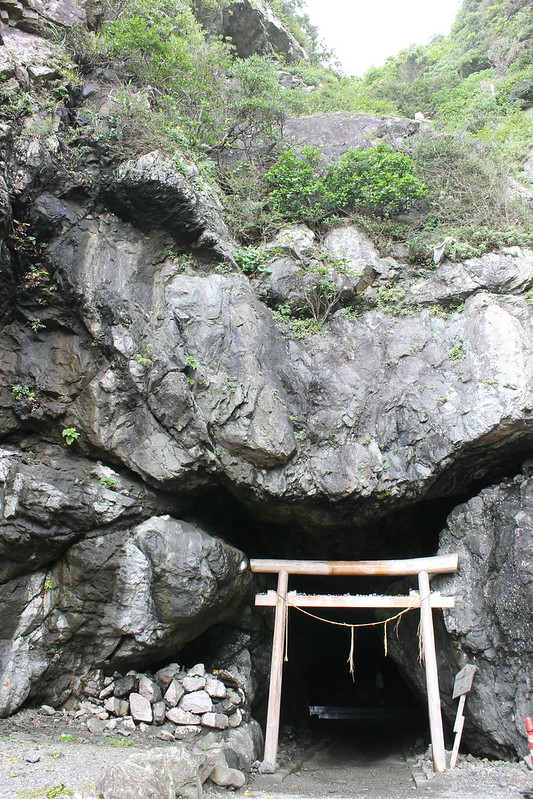 Edging around Cape Muruto, with the wind by my side, I surged toward Kochi City. A city about as appealing as Tokushima and Takamatsu by being about as equally unappealing as Tokushima and Takamatsu! The looming grey skies did not aid the city’s stance in the slightest. Although I did read that the women of Kochi are a force to be reckoned with. Locally referred to as Hachiki – meaning eight testicles – they are said to possess the ability to be able to drink booze to the humble equivalent of four men. Something I would have liked to have witnessed, but then the thought of an approaching typhoon suddenly shook me out of my new quest. I would need shelter tonight, camping out would be too distressing. 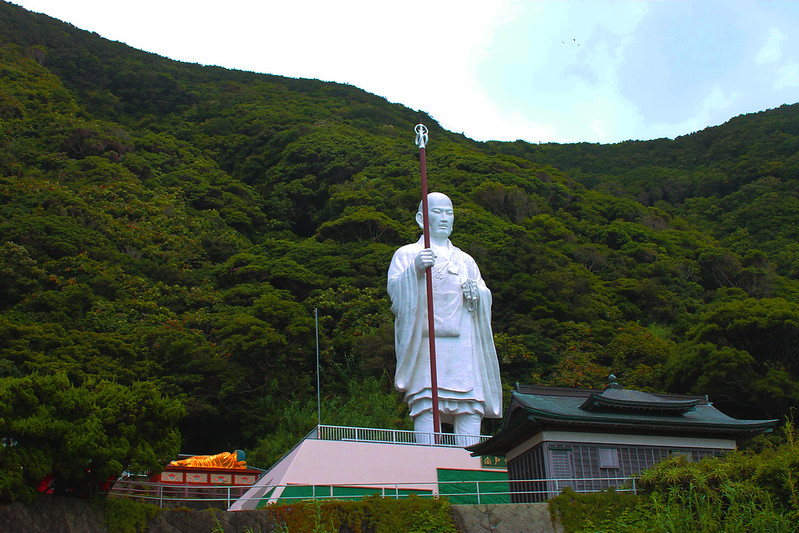 Asking around, I found that there were two guesthouses in town. Scoping both out, I was doubly disappointed to find that they were both fully booked. And, as light began to fade, it began to rain terribly. I sought a temporary refuge under a railway flyover and began to sulk. I would have been in trouble if the typhoon had hit whilst I mooched around trying to make a stealth camp; I’d need some Internet to find out its exact course, as winging it along the coast could well see me towards a complete smattering. Unfortunately, Shikoku boasts absolutely zero 7-Eleven’s, which effectively limited my connection to the World Wide Web, I would have to find an Internet cafe. 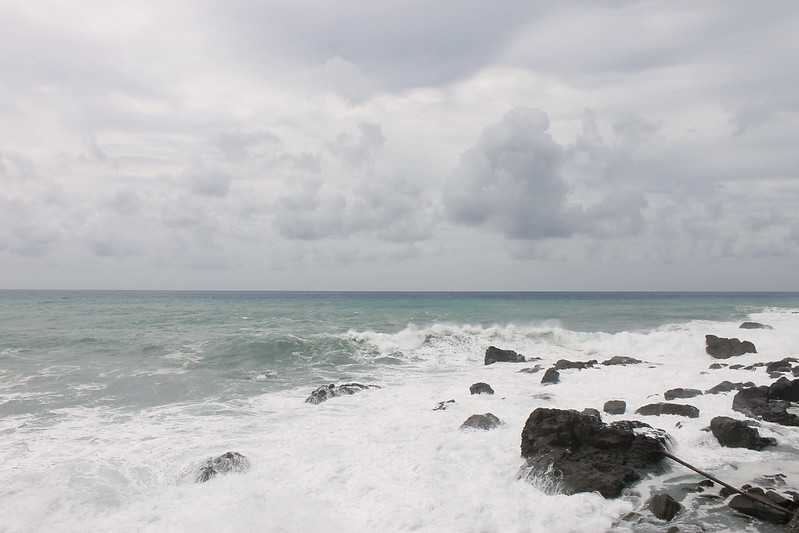 After an hour or so, the rain relented somewhat, allowing me to head out in search for the Internet superhighway.

Generally, I’d been a little bit standoffish in my approach to them, having never ventured inside one, I guess the unknown had seen me garner a certain sense of intimidation towards them. Yet, despite the journey that I was undertaking,  I did still sometimes find myself struggling to engage with certain elements of Japanese society. This was a massive mistake as the whole process of checking into a said Manga Café couldn’t have been any easier. Finding one such café in the city’s suburbs, I parked my bike up outside, wrapping it up with my tent’s fly cover sheet. ‘Goodnight my friend,’ I whispered, before venturing into the café.

Inside, I was greeted kindly by a bewildered looking receptionist; readjusting her glasses, she offered me a laminated list of options. It felt sordid, but right. The writing was in an incomprehensible jumbo of Japanese, yet with the lucrative aid of photographs, I was able to make my selection with ease. For 8 hours I could get a booth for a tenner. Bargain. Being shown to my booth, I quickly made myself at home and checked the Japanese Meteorological Agency’s website for any information I could find on the upcoming typhoon. On a map of Japan, the whole of Shikoku was lit up red, this indicated a regional warning.