The early morning ferry across to Kyūshū was a bit of a bruiser: rustic, noisy and completely battered. Only myself and a small handful of other fellow humans would be risking passage to Oita Prefecture’s Kunisaki Peninsula – a remote area of farmland stemming down from the foothills of Mt. Futago, towards the coast. 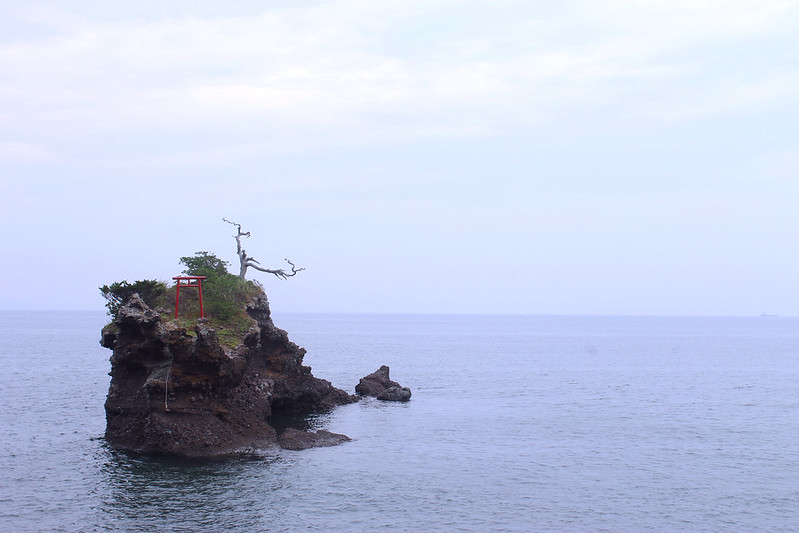 On a map, the peninsula looks a little like the ball-joint of Kyūshū’s femur; somewhat detached from the fractured socket of neighbouring islands’, Honshū and Shikoku. I followed the perimeter of the ball-joint esque peninsula south – around the coast along its quiet country roads – all the way towards the popular tourist city of Beppu. 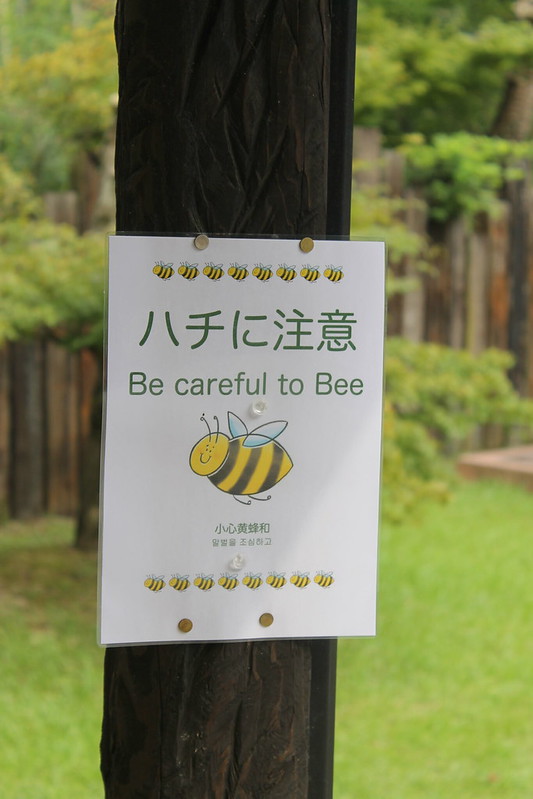 Approaching Beppu, one could perhaps make the mistake of thinking that the place had just been shelled. Vast plumes of white gas drifted up into the sky from all over the city, a scene that would repeat itself all the way up into the distant mountains. This was in fact steam, Beppu’s big crowd-puller. For the volcanic belt that runs directly through the area – known as the Kirishima Range – contributes to some 2,800 hot springs throughout the region… the most in all of Japan. And if there’s one thing that the Japanese truly adore, it is most certainly a good bath. Yet not all springs are for human submersion, especially not ‘The Nine Hells of Beppu.’ These hells, known in Japanese as Jigoku, are a collection of hot springs spread mostly across the mountainside, each yielding a varying myriad of colours and features – accompanied by a curious depiction of names. For example: ‘Monster Mountain Hell,’ ‘Sea Hell,’ ‘Cooking Pot Hell,’ ‘Spout Hell,’ ‘Shaven Head Hell , ‘Golden Dragon Hell’ and, most disturbingly, ‘Bloody  Hell!’ The latter being a sickly blood red colour induced from the surrounding clay soils with steaming hot waters as spicy as 78°C. 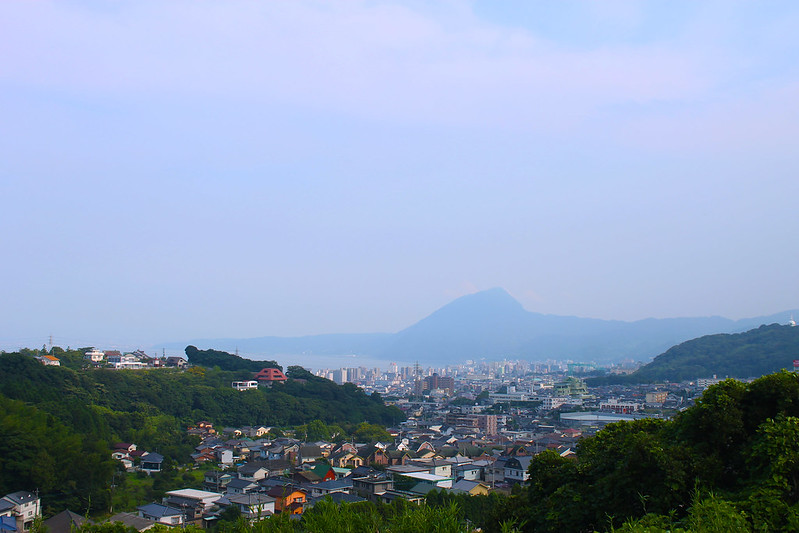 Writings from the Edo Period dictate that this was the place of a number of barbaric human roastings, hence the reason for the water’s bloody appearance. It was surprising to see how many tourists were jokingly pretending to push one another in. Standing next to the water’s boiling edge I gulped at the thought of tumbling into Bloody Hell, it would have probably been a bit like the equivalent of falling into a pool of Xenomorph blood. A fraction too toasty for my liking. 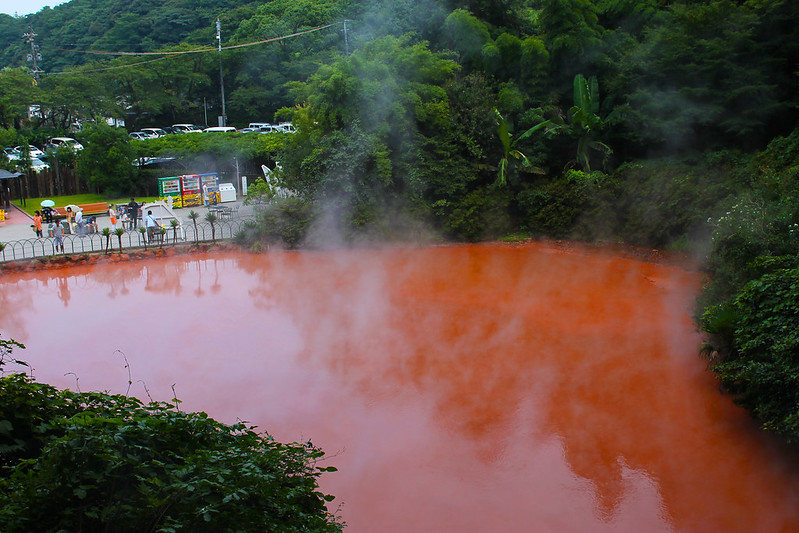 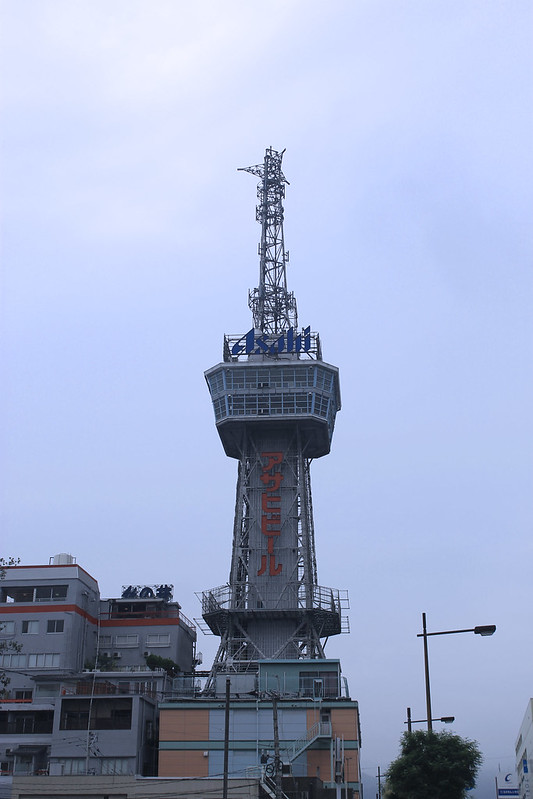 All bloody hell’d out, I’d scale the steep mountainside down into the hub of the eggy stench of central Beppu. Here I became inspired to have a bath. Amongst the city’s old and winding back alleys, I found a launderette with an adjacent pay as you go bathhouse. I quickly chucked my stinking clothes into the washing machine, before they self-combusted, and then popped next door for a soak. Sticking 200 Yen into a slot in the wall, an electronic door slid open, presenting me with my very own bathhouse. Well, I assumed it was all for me – as it was completely devoid of life. Inside was an extremely barebones affair in a dingy cell of a room, yet the water was piping hot and that’s all that really mattered. I plunged in, committing myself to my standard 3 minutes and 24 seconds. It was celestial. 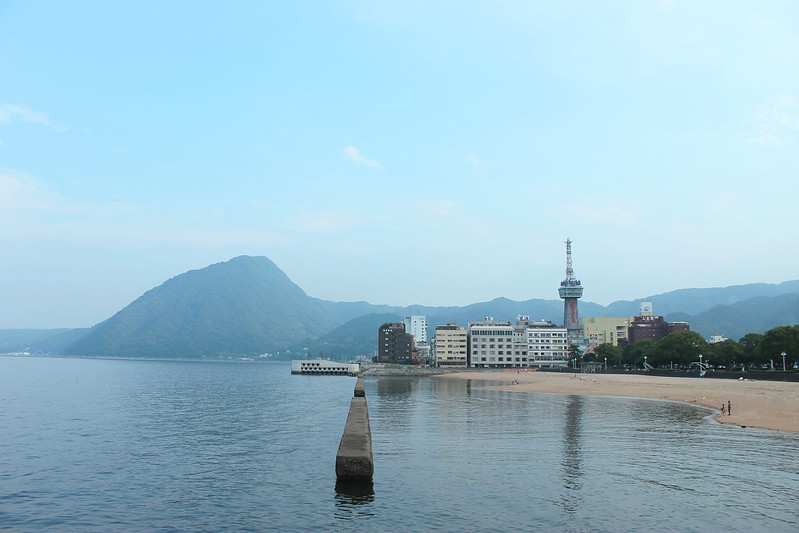 With my bath and laundry out of the way, I went to meet up with my night’s Couchsurfing host. Tetsuo was a student at Beppu University and upon my arrival at his apartment was having a little party amongst friends. They conceded that they’d need as much help as possible in consuming some alcoholic beverages. In turn I would confirm with them that they’d found the right man for the job. And with that we all clanged our beers together and had ourselves a party, ‘Kanpai!’