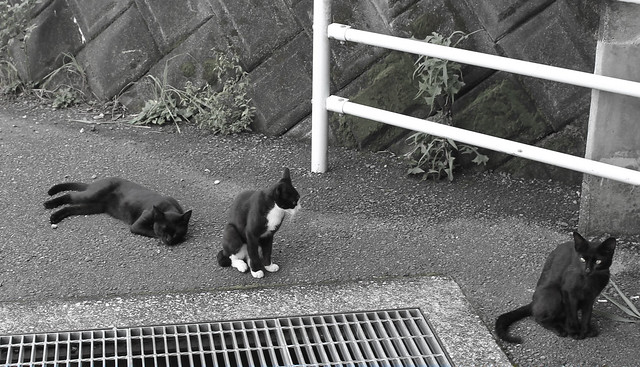 A couple of trucks arrived late and left their noisy engines running, whilst a parade of drunk girls stumbled about in the car park, screaming and shouting, seemingly in search of some trucker cock. At around 4am, a man was outside my tent, chucking his guts up, it was then that I knew it was time to make a move. I screamed like a frightened virgin whilst packing away my tent, after being taken completely by surprise by a spider the size of a clenched baby gorilla’s fist. It had fallen from one of the tent poles and onto the back of my hand. Its big fat juicy abdomen it’s most alarming trait, almost making me shit my pants directly off their hinges. I hate spiders, I’ve always hated them. Several years earlier, whilst working on a dairy farm in Tasmania, I’d pulled on my pants, early one morning, only to discover a huge huntsman spider. To this very day I can still feel it groping my junk. I shuddered as I gingerly packed the rest of my gear away. Forgetting about breakfast entirely, I journeyed south on an empty stomach. It wouldn’t be long before a sinister zig-zagging ascent was in order and I began to burn up calories that my body could barely acknowledge. My only saving grace was the early start, the air still relatively cool would be joined by a light and comforting drizzle. In the mountains, the rice plants were still green – I watched a farmer open up a hand-crafted sluice gate that allowed some more water onto his crop. Another farmer looked at his watch. In time he would reap the benefits of the land, just like his sea level counterparts. But for now, as I descended down from the mountains in order to penetrate my 30th prefecture, the farmers’ would bide their time with patience; as amongst other fine-tuned talents, patience was a virtue.

Route 10 into Miyazaki City was knackered, bumpy and torturous. Its inhabitants, ruthless. A gran at one point emerging from a supermarket intersection would decide that I was a ghost and attempt to drive directly through me. In order to prevent myself from becoming embedded into the bitumen, I waved my hands about manically. Eventually noticing me, she’d slam on the brakes within a mere fraction from taking my life. Delicately, I swallowed a small lump that had consequently formed at the base of my throat. I then offered her a gnarly frown as she slowly began to sink down behind her steering wheel and out of sight. 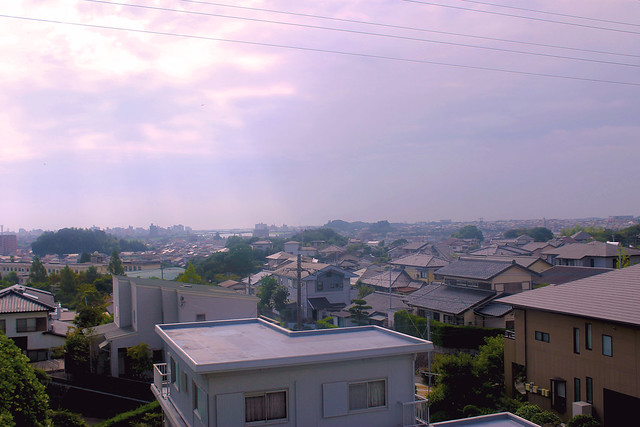 Minutes later, whilst held up at a red light, I witnessed a motorcyclist smash right up the arse of a motionless minivan. The biker flew up and onto the roof of the van, before sliding back down again into a crumpled heap next to his bike. It looked bad, but both vehicles appeared to be unscathed and, within milliseconds, the motorcyclist was back on his feet again and picking up his bike.

There must have been something in the air in Miyazaki, giving its citizens the portentous ability to drive like crazies. And as I veered into the city, I keenly opted for the sidewalk, preferring my chances with the mamachari and pissed up and stuttering salarymen, to losing my spleen on Route 10. 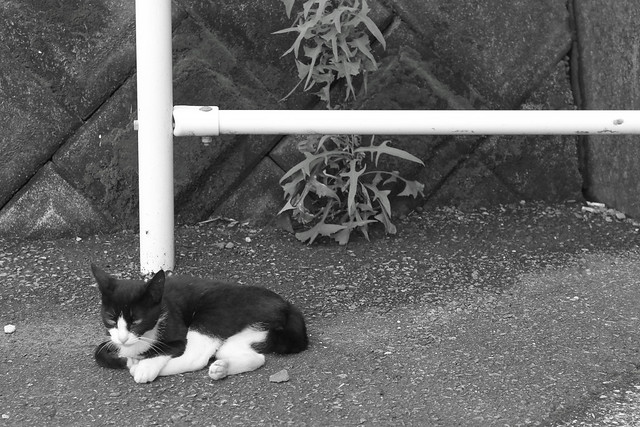 Before the Americans gave the Japanese back Okinawa in 1972, Miyazaki was once the go-to place for Japanese holidaymakers and honeymooners. A pleasant climate with eye catching beaches in close proximity to a selection of scenic mountain ranges that would wow the masses for decades. Yet this string of success slowly began to deteriorate in the 80’s –  Its city centre slightly frayed around the edges, as it tries its best to wobble on gallantly from a drip feeding of summer migrants.

My Couchsurfing hosts lived to the west of the city and were incredibly difficult to find, with an address of multiple numbers and confusing Kanji that saw me navigate through a concrete jungle of identical looking apartment blocks, whilst I frantically scratched my head in frustration – until it bled.

It was only when I overheard the words ‘Pokémon Yellow’ disperse from over a balcony  in an American accent, that I knew I’d found my hosts. Knocking on the door to their fourth floor apartment, I’d meet Pete and Beatrix, two American English teachers from Virginia. Pete was really excited, as the young couple had only just moved into their apartment and its previous tenant had left a heap of his belongings behind. Amongst them, the classic Game Boy game ‘Pokémon Yellow’.

‘Not yet man, but one can only hope!’ replied Pete, good willingly.

Beatrix poured us all some green tea, as we filled each other in on our respective lives. The couple had married some two years previously and had spent the majority of their married lives teaching in China. After deciding that China was not their cup of green tea, they decided to try their chances in Japan instead. And here they were. Having only been in the country a week or so, I could tell that they were both still buzzing with excitement about the road ahead of them. Watching a weather bulletin on TV, I wished I could have felt the same. For tomorrow saw heavy rain and thunderstorms across the region. I tutted drolly to myself as Beatrix proceeded to pour me out a refill.

‘Good luck, man,’ offered Pete, ‘I’ll be thinking of ya whilst I’m inside playing Pokémon Yellow!’

Total time in the saddle: 481 hours and 39 minutes