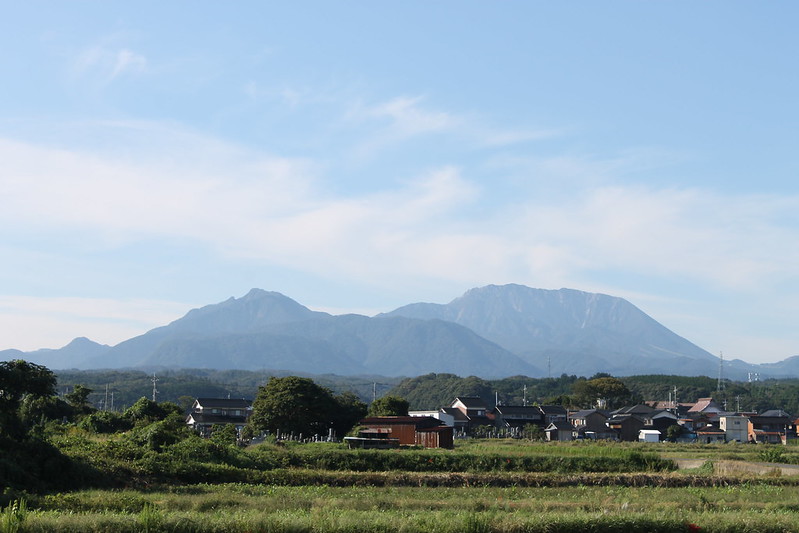 The temperature was dropping now, little by little, on a nightly basis, yet at 12°C it was still more than comfortable. Rising at 05:30am, I was packed up and ready to go by 05:45am, I had this tour cycling lark down to a T now… The other cyclist was still dreaming of bike pump porn as I began to peddle away from the tourist information centre. And, barely had my day’s cycling begun, before I was halted by the kind old lady from the previous night. ‘Ohayou gozaimasu,’ she said, smiling generously. ‘Ohayou gozaimasu,’ I replied, in turn. ‘Asagohan?’ she said, before pointing over to a little building which I presumed to be her home. Breakfast? I’d already refused her futon, so couldn’t possibly refuse her food and so kindly accepted her offer. I walked into an open plan room with tatami flooring, cluttered with hundreds of piles of newspapers. Behind one pile, a greying man appeared with a pair of spectacles perched precariously on the tip of his nose. The man squinted a little and looked a little confused by what he was seeing, before then looking towards his wife with caution. I quickly intervened and got to talking about the weather, this broke the silence and upon hearing me speak some Japanese, the man smiled broadly. I then went on to tell them both about my journey, after which I was truly accepted and invited to the breakfast table. For breakfast, I was served up a mean feast of marmalade on toast and a host of locally picked fruits and uber strong filter coffee – I ate until I was fit to burst. The couple told me that they ran a local newspaper printing business… hence the piles of papers. I was charmed by their kindness, so much so that we exchanged business cards, before shaking hands and getting on with our respective lives. 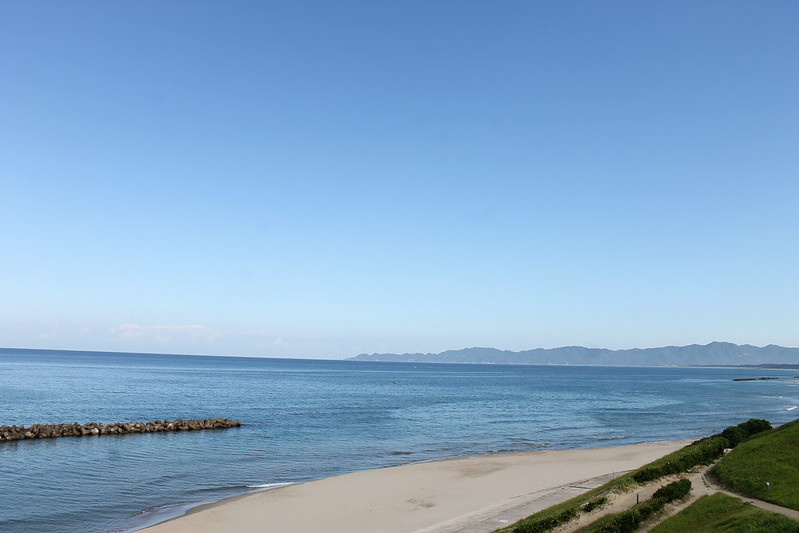 I traversed easterly toward Matsue, the capital of Shimane Prefecture. Farmers continued to harvest their golden rice crop as eagles soared high, in eager anticipation of exposed prey. 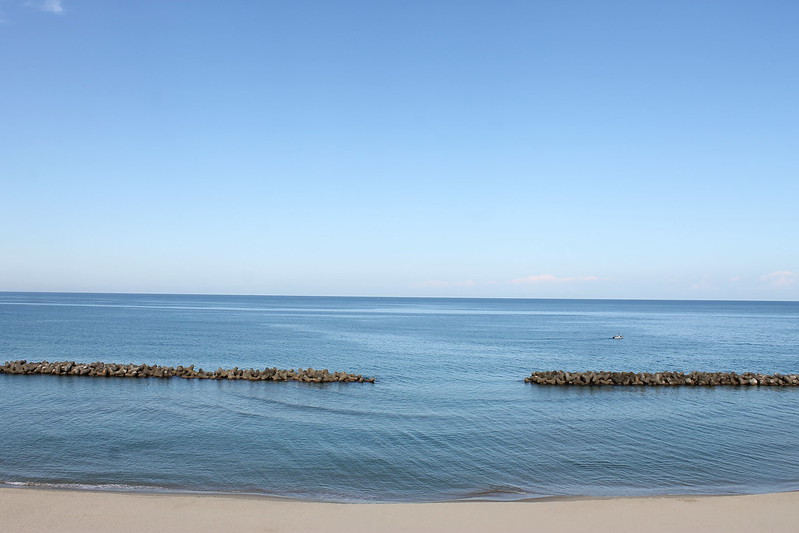 The temperature would raise steadily through the day, making it nearly uncomfortable again. The last remnants of summer stubbornly refused to let go. Along the coast, the beaches were immaculate, yet empty. The roads towards the prefectural capital were also quiet. 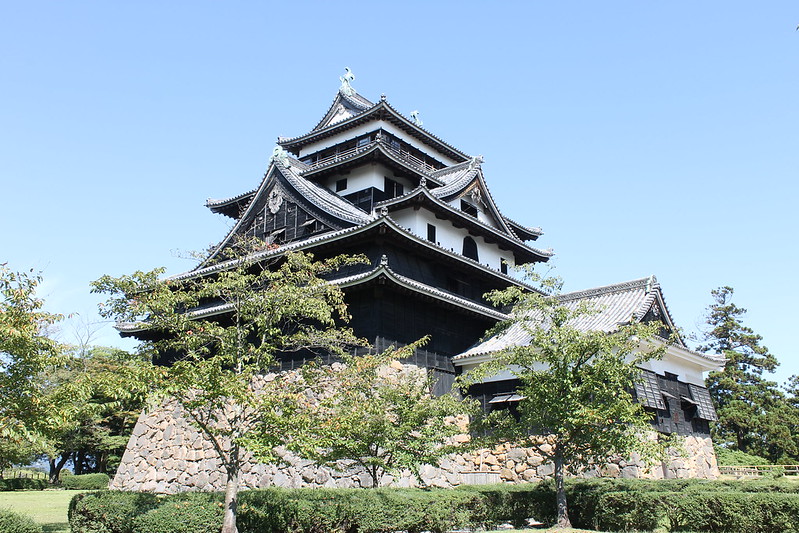 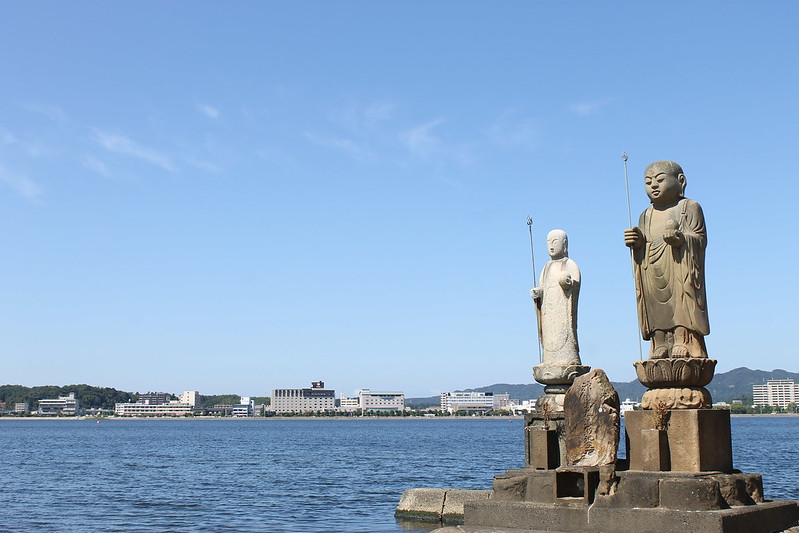 Just west of the city, sits Lake Shinji, Japan’s seventh largest. Still this didn’t appear to be drawing the crowds and neither did Matsue Castle – the country’s second largest. But this is nothing new, as the prefecture of Shimane has long been hailed as the country’s least visited prefecture. No one goes to Shimane, a place by no means horrible, but at the same time by no means particularly awe-inspiring. The prefecture’s mascot is also the most miserable mascot of them all! Sprinkled across the prefecture, you might find various posters and souvenirs featuring the scowling Yoshida-Kun – with his oddly reddish tuft of hair. He’s a stroppy teenager with nothing to prove and with no intentions of making friends with the general public, anytime soon. He is a far flung character from the lovable, if not quite sickly, Kumamon mascot of Kumamoto.

One poster of Yoshida-Kun with his arms crossed and a face full of hate, reads “Welcome to Shimane, the 47th most famous prefecture.” Not a bad claim, if it wasn’t for the fact that Japan only has 47 prefectures. I liked the cut of his jib though, and found his irony appealing. However, irony was thin on the ground in Japan – and judging by the low numbers of tourists moseying through the streets of Matsue, no one here cared for it too much either.

I would settle some 20 miles to the east of Matsue, just across the prefectural border in Yonago. The city – of an evening – had a much more appeasing vibe to it than Matsue, as I cycled its streets in search of a place to camp. A group of youths formed outside a public hall and sang along with a guy sporting a mullet; he was banging out the tunes on his semi-acoustic guitar. Many gathered around to clap and jiggle. A number of aged shopping arcades were placed around the backstreets, and quirky cafes provided the late evening revellers with their caffeine fixes.

I found what looked like some sort of castle ruin with walls that rose up 10ft high, forming a protective cove that shielded me from a busy main road. Fifteen minutes down the line and I would be playing the part of a happy camper.

Total time in the saddle: 582 hours and 41 minutes